While attending philosophy school in 2013, Alysson Augusto studied the countless consequences of eating animal meat and decided to adopt a vegetarian lifestyle. Today, he is fully vegan and dedicates his time to educating others on the harsh realities of animal-dependent lifestyle choices.

Through the creation of video and social media content, Augusto aims to challenge those who don’t believe in veganism, as well as supply those who do with relevant and researched information so they can answer questions about the issue and continue the fight. His overarching goal is to create an environment for healthy debate, and inevitably convince as many people as possible to respect animals and orient their lifestyle around those values, specifically by going vegan.

Throughout the course of this project, Augusto has learned several important lessons. The first being the importance of having a team. By dividing labor, he is able to produce more content more quickly, and spend more time researching and boosting his knowledge to provide relevant and detailed information to his followers. He also learned that when it comes to activism, “done is better than perfect.” His priority is to get out as much useful and factual information as possible, even if things don’t go exactly the way he expected.

“Above all, I reinforced something I already believed in, which is the fact that unity is strength,” Augusto said about his team and the network he has created. “Were it not for the support of The Pollination Project, I highly doubt I would have made it this far in such a short time.”

After receiving a grant from The Pollination Project in September of 2020, Augusto was able to upgrade his film supplies and curate higher quality content. Augusto’s production of more engaging and dynamic visuals has paid off in 3,200 new Youtube subscribers and 227,458 views on his channel. He has also increased his Facebook outreach to 1,438,997 people. Each one of those views and interactions represents one more person receiving and spreading accurate messages about animal welfare.

The new equipment also allowed him to achieve his long-standing dream of engaging people on the streets to discuss their moral values and how they may or may not align with their actions. For example, he often asks “How can you love some animals and eat others?” He frequents one of the biggest parks in his home of Porto Alegre, Rio Grande do Sul, Brazil, talking to people about the suffering they unintentionally inflict on animals with their daily choices to consume animal products. He hopes to expand into more areas of the city in the future.

This project has changed Augusto’s life in many ways, and he’s overjoyed to have found a solid and justifiable cause to fight for. He’s proud each time he sees someone influenced by his content and message, and receives a great deal of positive feedback from those with a genuine interest in respecting animals, while opening discussions with many people who are more critical.

Augusto plans to continue learning, growing and spreading this message with the hope of maximizing the amount of people he impacts into revising their lifestyle to be more animal-friendly. Receiving the grant from The Pollination Project was only the first step in the change he hopes to create.

“Wow, it was just sensational,” Augusto said on receiving his grant. “Few times in my life have I been blessed with something so great. When this kind of benefit comes to someone living in a developing country, it’s something to celebrate. I’m rooting for TPP’s work to reach many more people and greatly accelerate the development of activists in countries like mine, because we really need it.” 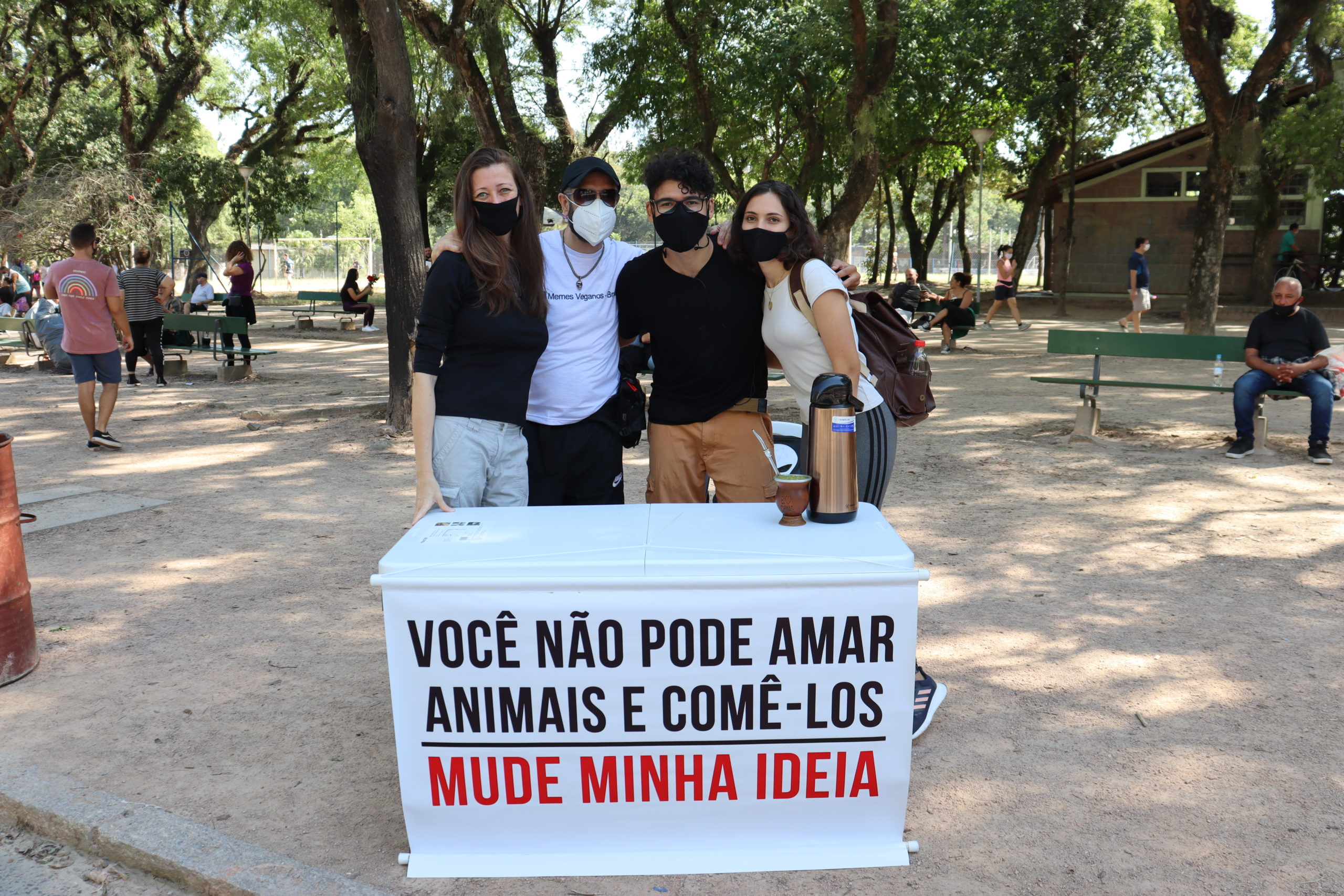 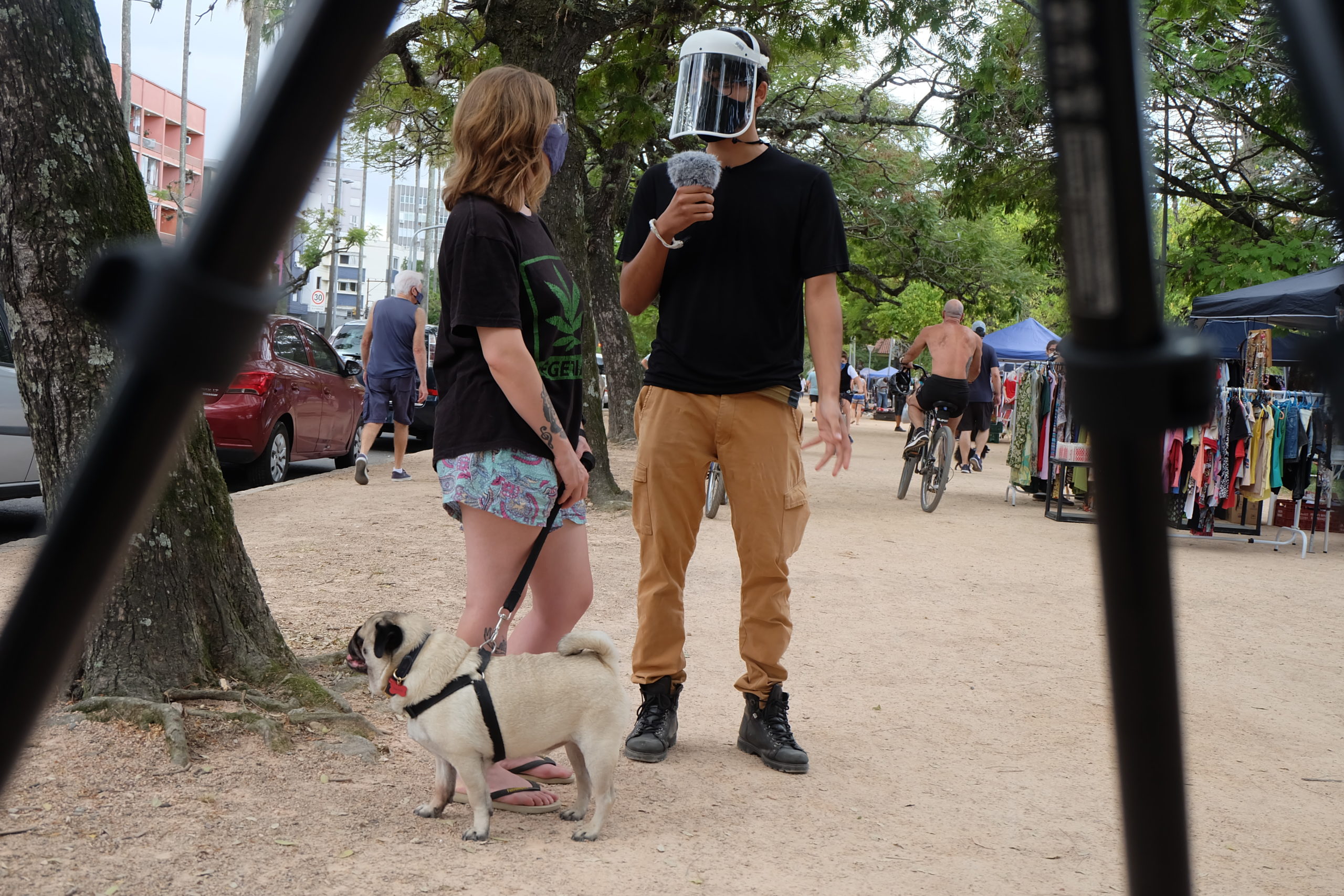