Animal welfare, rights, protections—which term is best, and how does one define it? The lines get convoluted, and the topic is controversial. Matilda, a postpartum pig, sparked much debate when she made international headlines last year as a commercial farm fugitive. A dog walker discovered her off a wooded trail, igniting a pressure campaign for her official release. The mighty uproar led Matilda and the piglets to a Nottingham sanctuary where photographer and filmmaker Jusep Moreno was volunteering.

For the activists, the attention surrounding Matilda’s escape was a rare window of opportunity, as saving farm animals is a formidable feat. Assuming the FAO’s reported statistic from just a few years ago is similar today, then around 3.5 million pigs are slaughtered daily across the globe. “Of course, the desire would be to close all the farms and convert them into sanctuaries, but we’re fighting against giants and a broken system,” Jusep said. Showing up and demanding farmers for pigs obviously “wouldn’t work at all,” he said, “but with Matilda, there was at least a chance.” 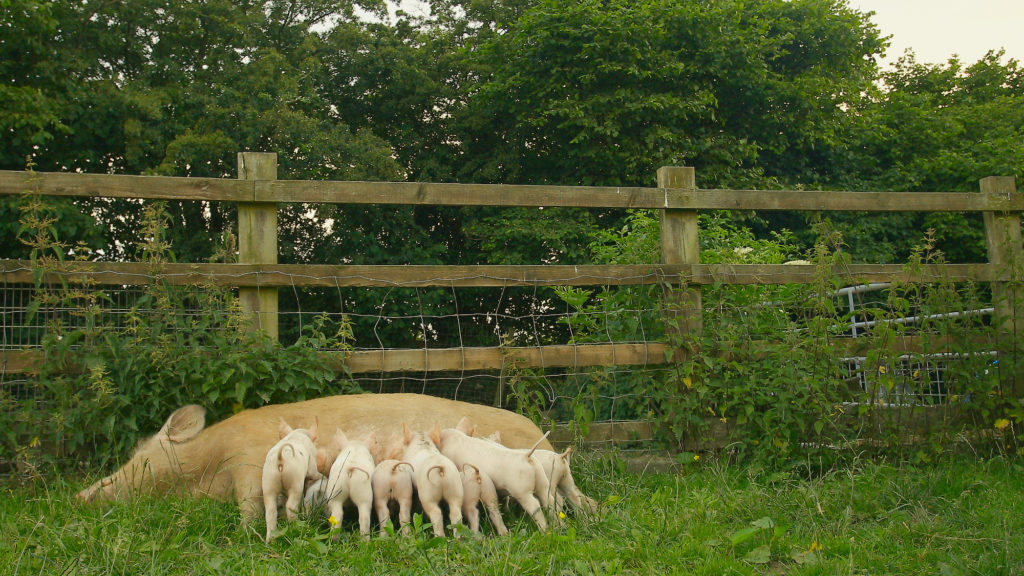 Matilda wasn’t the only pig at the farm—she was the only pig that escaped. A previous litter was taken from her when she was one or two years old. Despite these notions as a rationale, how we view her escape is complex, as Jusep notes when referencing anthropomorphism and Sarat Colling’s book Animal Resistance in the Global Capitalist Era. The majority seems to swing between extremes of humanizing Matilda’s awareness of her piglets’ fate to total denial of her agency. Jusep mentions that while pigs have a less developed neocortex, they still have the capacity as mammals for some level of reasoning and advanced thinking. “We will never know exactly, but when people discard [the possibility of her agency] so quickly, it’s because they don’t want to talk or think about it.”

Matilda’s arrival at the sanctuary presented another opportunity—to capture on film an intimate and uncommon view of one of the most exploited animals on our planet. Jusep followed Matilda and her piglets for his first documentary When Pigs Escape. A strong motivation was that pigs are a significant part of people’s diets, yet most have never had a tangible experience with them. So, he intended to give people access by collapsing the space between viewers and pigs. “If people have the chance to meet pigs and see how they are besides just being used or exploited… then maybe it could be a step toward changing their thoughts or behavior toward pigs,” he said.

Drawn to the natural world, Jusep studied environmental science and later a master’s degree in biological photography & imaging in England. Disillusioned by the behind-the-curtain realities of the wildlife photography world, he resorted to video as a fulfilling outlet for his strong point of view, with movement and audio encapsulating a whole picture and sustaining audience engagement. 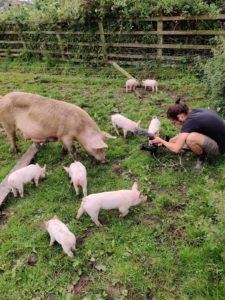 He filmed long segments of Matilda and the piglets in their natural state without narration. He intended not to humanize or rationalize their behavior but to allow viewers to make their own conclusions through observation. While ethical sanctuaries are an ideal environment for violated animals to heal and be at peace, he strived for as much objectivity as possible by still sharing the not-so-rosy aspects, such as Matilda’s screams of resistance during the removal of her nose ring. “I could have chosen to hide all those bits… but I wanted to show what is actually happening,” he said.

Jusep grew up in the countryside of Catalonia, Spain, where bull running was a common pastime. Praise for conformity is easy to acquire, but going against social conditioning has challenging ramifications, the backlash often being reason enough to toe the line. He recalled one memory amid a series of events as a turning point that shifted his consciousness. After a wee hour call time to catch flamingos and other birds in their natural glory, he returned home for lunch when a frivolous thought of irony crossed his mind while eating chicken breast. It was a realization that arrived in its own time, reflective of his artistic choice not to force an agenda. “What people are missing is information; they don’t need to be shocked,” he said. “There’s room for all those strategies, but I felt it was best to create something inclusive that people would want to watch.” 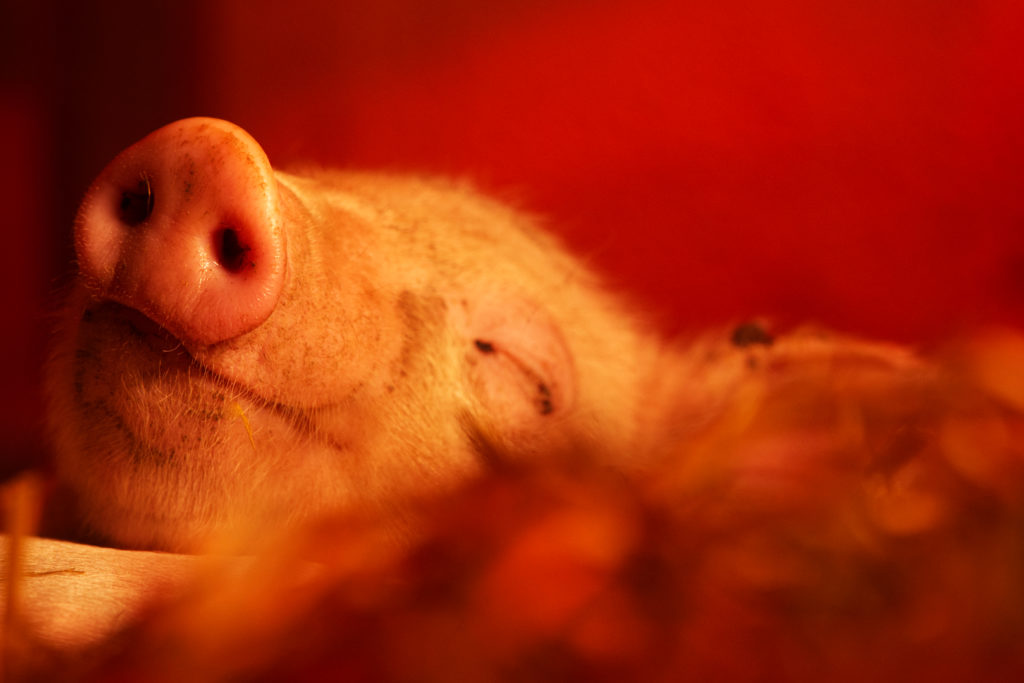 Despite creating the documentary with a minimal budget, funding to pay for music licensing, stock footage, and other inevitable costs led Jusep to The Pollination Project. “The grant that I received from The Pollination Project has been essential for our upcoming distribution of the documentary across the UK, and I am incredibly grateful to them for believing in the project and for their support,” he said.

The massive undertaking of this film as a solo creator has reaffirmed the necessity of a powerful mission as its subject matter. Ten festivals from six countries selected the documentary, receiving three awards. Jusep aims to take the documentary back to Catalonia and partner with a free streaming platform. He insists his future projects will continue to have a specific focus with the motivation of evident impact and efficacy.

Matilda and her piglets have since moved to another sanctuary more suitable for their needs, where they remain today. The proceeds from the documentary’s screenings have gone to Brinsley Animal Rescue and Surge Sanctuary.

Lastly, this documentary is an optimistic love letter to animal advocates, a community in which burnout is prevalent. Jusep hopes it is a self-care tool to show that sometimes activism does succeed. 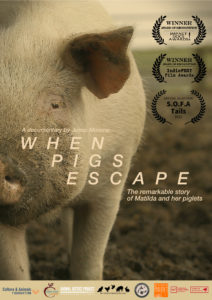