Growing up, Robin Singh was an animal lover, but as he remembers “in India, when we say you’re an animal lover, we mean just dogs.” Defying this sort of thinking, he became a vegetarian in 1997 and years later, after learning more about animal agriculture, he went vegan. After achieving his goals at the tech company he ran in the United States, Robin realized that he still wasn’t happy, so in 2011 he left the company in search of fulfillment. It was during this time that he met Lorraine, who was caring for dozens of stray dogs despite her own challenges. After learning about Lorraine’s work, Robin recalls thinking: “She has nothing and she’s still giving, and I have everything and I’m still looking for my happiness. Screw this, I just want purpose.”

Pursuing that purpose, Robin began caring for stray dogs with Lorraine. However, they soon realized that looking after one species wasn’t enough, that it felt “like running on a treadmill” against animal suffering, so they started Peepal Farm in 2014. Peepal Farm was founded as a rescue for stray animals of any species, an organic farm, and a place to involve and inspire people. In time, it has grown to be so much more. With the goal of maximizing the good they could do, Peepal Farm expanded to become a social enterprise empowering local women and an awareness organization as well as a rescue and farm.

Robin and the Peepal Farm team use the organization to spread a message of compassion. As Robin explains, “We are not in the business of changing people’s beliefs, we are just trying to highlight the gap between people’s actions and their beliefs.”

To achieve this, Peepal Farm primarily uses social media. A grant from The Pollination Project allowed the organization to expand their social media reach in the hopes of connecting with a broader audience about veganism, animal suffering, and compassion. Robin has gained an appreciation for the nuances of communication throughout this process, learning that “how you say things has an enormous effect on the other person.”

One of the organization’s biggest successes was a video that they shared for the holiday Eid. “We were trying to redefine sacrifice,” Robin explains. They knew the video had gone viral when it had been shared so much that it circled back to the Peepal Farm team. In response to that video and others, the team receives many messages, emails, and comments. It isn’t always easy work – bringing to light the disparities between people’s beliefs and their actions – but the progress is worth it. “Someone from Afghanistan said they’ll be celebrating a vegetarian Eid,” Robin shares proudly.

These moments of positivity remind Robin why he does this work, and what his place is in this movement. “I used to think of life like a sprint – I needed everything yesterday. But when I started Peepal Farm – I was 34, a little more mature – and I thought it was more like a marathon,” he says. “Recently it’s dawned on me that it’s more like a relay race.” No longer immobilized by perfectionism, Robin instead focuses on doing what he can to maximize good and minimize harm through the incredible work of Peepal Farm – with faith that others will work with him and after him to create a more compassionate world for all. 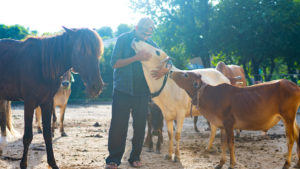 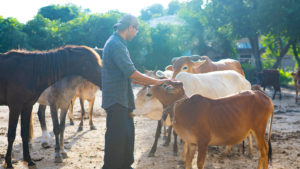 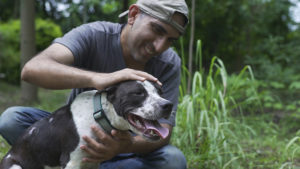 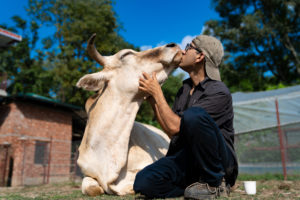 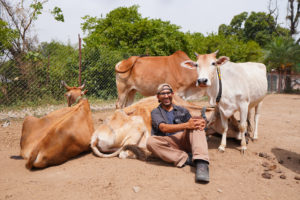 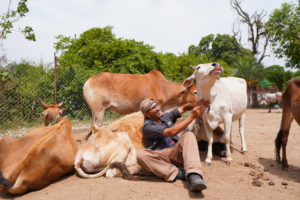