After living in the United States for more than 30 years, Rosa Sabido was facing deportation. She made the difficult decision to live in sanctuary rather than leave the community and friends she loves so much. For the past four years, Rosa has lived in a church near her home in Colorado as she continues her fight for permanent citizenship. In doing so, she has become a tireless advocate devoted to using her story and voice to help others facing similar circumstances.

Sabido is one of many immigrants in the United States who have entered sanctuary as a last resort after exhausting all other pathways to citizenship. For many who receive deportation orders, finding refuge in a church, school, hospital, or other sanctuary space where they are safe from arrest is favorable to returning to their native country. Living in sanctuary buys more time for immigrants to explore potential exemptions, wait for new legislation, or find two members of Congress to sponsor a private bill granting them citizenship.

Sabido’s home is here. She has lived at the same address in Cortez, Colorado since her first day in the country. She spent more than 30 years building a life in her community, working several jobs and running an authentic Mexican cooking business. Now, she has not stepped foot off of the church’s grounds since her stay of deportation application was denied in 2017.

Since taking sanctuary, Sabido has received a great deal of media attention, which is critical in gaining the support and awareness necessary to obtain her citizenship. Her story has appeared in articles for BBC, The Los Angeles Times, The Denver Post and The Washington Post, as well as several local publications.

Through this process, Sabido met bilingual journalist, producer and documentary maker Ariel Goodman. Goodman’s journalistic approach focuses on collaboration, engagement and “uplifting the voices and stories of those most affected by injustice.” The two women applied and received a seed grant from The Pollination Project to launch “Sanctuary Stories,” a project to create a space where immigrants in sanctuary could tell their stories in their own words.

“She wanted the stories to be told in a different way, so it wasn’t going to be a written piece or the same kinds of formats that we often see,” Goodman said. “We wanted it to be alive, we wanted people to connect with it, and we wanted it to touch people. We also wanted it to be bilingual so that Spanish and English speakers could both interact with it.”

Goodman explained how the media often tells immigrant stories through the lens of trauma, and only portray one dimension of the person. She explained how immigrants are hypervisible in journalism in terms of their suffering, but invisible in the sense of their humanity as a whole. Sanctuary Stories placed the journalism tools in the hands of the people who are directly impacted by the issue.

Using seed grant funding, Goodman and Sabido collaborated with three other women in sanctuary to produce a series of videos highlighting each woman’s story from their own perspectives. Mexican folk musician Juan Carlos Marin wrote original music to accompany the videos, which were then projected onto the walls of Rosa’s church to be viewed and interacted with.

“I believe that the experts on immigration and deportation are people like Rosa, people who have experienced it. I also believe that the solutions should always come from the people most impacted,” Goodman said. “This is who we are as the United States: a deportation machine. These are things that we need to reckon with as a people, and that’s why it’s important for the leaders and main voices about these systems to be people like the women who are featured in the project.”

“People might think of immigrants in terms of a document, but there’s a lot behind every person and we have our personal stories, and that’s how the idea was created so we could bring that more personal and deeper meaning to what we are doing and why; the reasons that move each person to remain in this country even though they are in sanctuary,” Sabido added. “As immigrants, we know how to take care of ourselves. That’s the way we are raised, and we know that if we want something we work and fight for it.”

For Sabido, the Sanctuary Stories project was an important step in educating others on her story, as well as the struggles facing the entire immigrant community in the United States.

“Immigrants are not coming to take over anything. We are here to live, to contribute to the community, and we are always following the law. We are as much human as everybody else,”

Sabido said. “We have enriched this country with what we bring to it.”

Since the project came out two years ago, several of the women involved have left sanctuary. Several, like Sabido, are still in sanctuary, and some have left sanctuary only to be forced to return. Today, Sabido continues to fight for her citizenship and for the reform of the entire immigration system, which has not been altered in almost 40 years.

Sabido said that in order to be effective, our immigration system must be capable of covering the different situations many immigrants have. Some are seeking asylum, others are coming for a better life and some, like Sabido, have lived here happily for years and have waited patiently for their citizenship only to receive a deportation order. 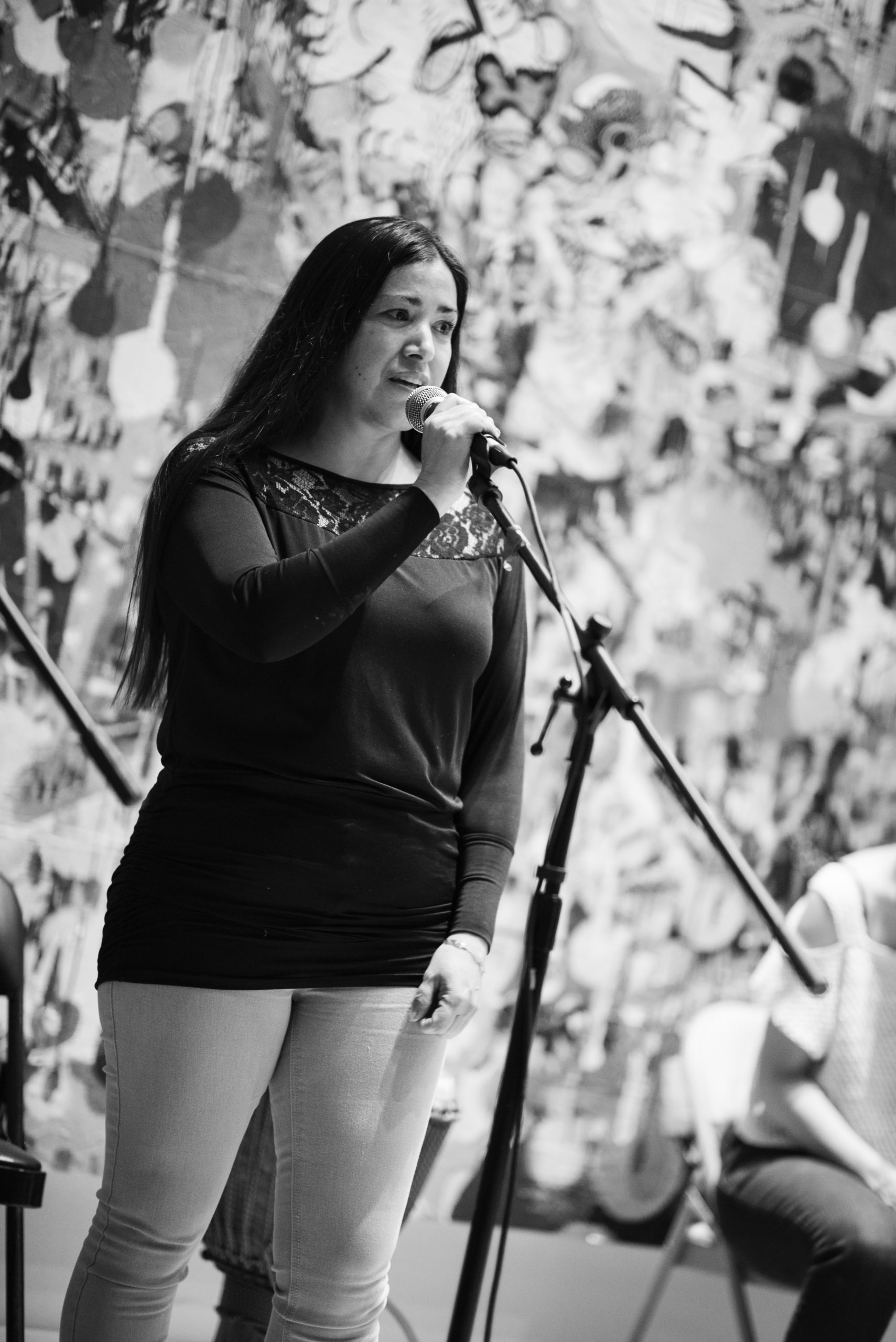