Color My Dreams Africa: an Organization Spreading Literacy and Hope

Edith Cherotich Ndiwa was born in a small village in Kenya to parents who both attended school and it is their education that would come to play a major role in charting the course of her life. Her father, a fan of Stephen King and other authors, invited her to expand her perspective while visiting the incredible worlds found in books and movies. Edith grew to love stories such as Akeelah and the Bee and Matilda; each character was a friend that helped her to become the person she is today. Literacy and education is what protected Edith from forced marriage and Female Genital Mutilation which is considered mandatory in her community and ultimately, inspired her to create Color My Dreams Africa and the Library Manyatta Project.

After high school, she volunteered with a local organization that was fighting FGM and forced marriages when a volunteer using a model of the female genitalia illustrated the different stages of FGM and its effects. Edith was shocked beyond words and began to cry. All her life she knew about FGM but nothing prepared her for what she learned.

“I was literate and I saw that illiteracy was the cause of most social ills in the society. If the girls and women in my community could read and write, they would be empowered and make empowered choices in their lives,” she said.

The next day, Edith gave a powerful presentation – everyone was in tears as most had no idea about FGM – and Color My Dreams Africa and the Library Manyatta Project was born.

“It was born from a place of pain but also from a place of hope, hope for the future. Hope for that small girl somewhere in a village far away who hopes that the world still holds a place for her, a place full of opportunities to chase her dreams. That day, I became a bridge of hope,” she shared.

Color My Dreams Africa is a grassroot organization that promotes literacy and built a library in West Pokot county to ensure that every disadvantaged child has access to the books and information they need to reach their full potential. The library, which was built by the local women, lives in the heart of Lokna, a small village occupied by the Pokot Tribe. According to the Kenya National Bureau of Statistics, illiteracy in West Pokot stands at 67 percent and knowing that she needed to change that, Edith reached out to The Pollination Project. 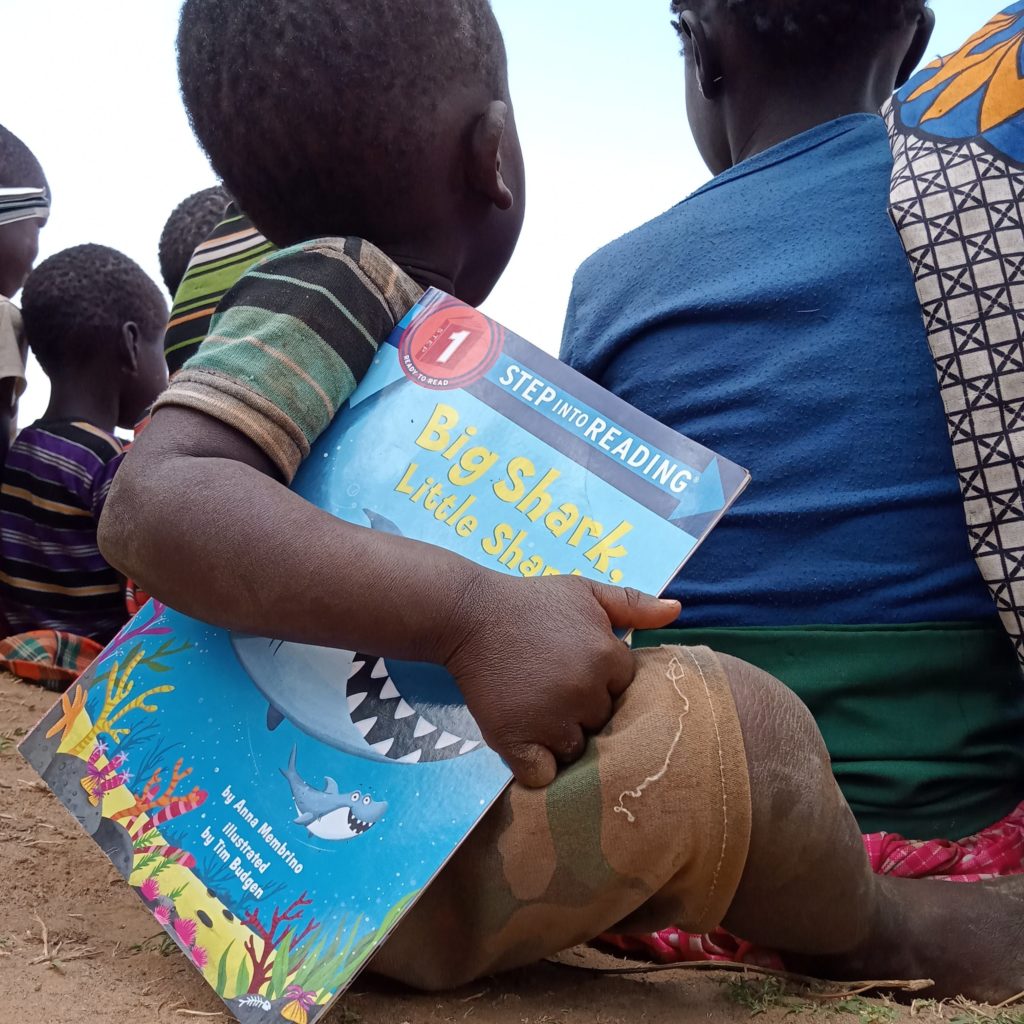 “In communities where there are only two or three schools, one toilet between multiple families, where people are illiterate, girls are dropping out of school due to FGM and boys leaving school for initiation ceremonies, books are not a luxury. In this situation, books are even more essential and critical. In order to change the status of the next generation of children in West Pokot, they have to be literate, they have to be educated and learn how to read and write. For this to happen they need to have access to books and information. We need to bring books to children. They need to be nothing less than best friends,” said Edith.

Though they only have one library, they were committed to reaching nearby villages, so Edith and her team created a mobile library which provides services on weekends. Moving from one village and herding field to the other, they set up reading hubs. Using drums and songs in the local language, they inspire the children to join in and conduct read-aloud sessions, along with drawing, coloring, spelling bees and storytelling. On average, 100 children and teenagers gather to take part in the activities. 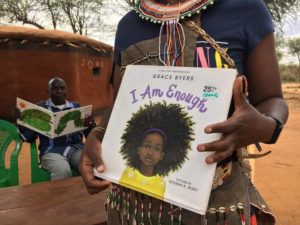 Imagine that just like borrowing a book from the library, you could borrow a person and learn from them. That is what Edith has created with The Human Library sessions which are designed to engage parents and local leaders in gender sensitization sessions and create a safe space for discussions. The goal is to use literacy as a weapon to fight FGM and forced marriages.

Now, they are working to create little tree libraries. These small hut-like structures will be built in schools and nearby villages. As Edith wants to assure that books will be readily available and the reading culture will continue without having people have to come to the library, these will serve as the dropping and collecting points for the teachers and children.

As Edith looks to the future, she imagines having a dog and a house truck that allows her to  spend her life on the road moving from one village to the other, one grazing field to the other, promoting literacy, sharing information, and raising the next cohort of young leaders from West Pokot County.

Visit Color My Dreams Africa’s website to more and get in touch.