Smitha Daniel was working in wildlife rescue and rehabilitation when she found an animal she had never seen before. The adorable palm-sized ball of fur was the elusive slender loris, found only in a few places in the world. 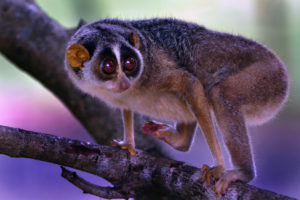 These nocturnal creatures, whose Indian name translates to “forest babies,” captured her heart with their tiny bodies and big, innocent eyes. A passionate biologist, she decided to undertake what was to be a six month project in the Indian forests of Western Ghats to learn more about them. Most of her studies occurred at night, in darkness so extreme she could not see her hand in front of her own face. Despite the challenging conditions, elephants, and tigers, Smitha’s curiosity compelled her to continue; the six month project is now in its ninth year, and Smitha has since become the first primatologist to undertake dissertation work on the slender loris.

In her studies, she found that not everyone shared her love of these small primates.

The slender loris was viewed as a bad omen by many villagers, thought to bring dwarfism, infertility, and bad luck to those who saw them. As research into several communities continued, the trail led Smitha to voodoo rituals and superstitious fertility practices, finally unveiling a thriving illegal trade for the Slender Loris. The slender loris freezes when threatened, meaning these “forest babies” have few natural defenses against human predation. 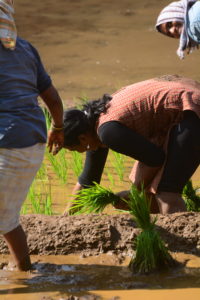 Smitha received a seed grant from The Pollination Project to understand the belief systems of the villagers, and engage everyone from tribal elders to young children to dispel myths and folklore that is leading to the significant decline of the species. She is also mapping the habitat of the slender loris, along with known poaching routes, to help the forest service create specific conservation management plans.

Smitha hopes to serve as a model for involving indigenous people in the conservation of a threatened species. Her work is pioneering new knowledge about this lesser-known species, and inspirational in her dedication to be a champion for the voiceless.