HelpUkraine: Opening Their Hearts and Homes to Ukrainian Refugees

“When you try to help someone, I think that there are no particular inspirations, you just need a little sensitivity and humanity.”

Those insightful words opened a heartfelt conversation with Luca Quaiotti, the project and educational manager for ETHIKA and HelpUkraine. ETHIKA, a nonprofit based in Italy that seeks to enhance and highlight Italian and International cultural, historical and artistic heritage through education, ethical marketing and the organization of events, created HelpUkraine, a project that opened a channel of communication between Ukraine and Italy in order to assist in the care and protection of refugee children and families. 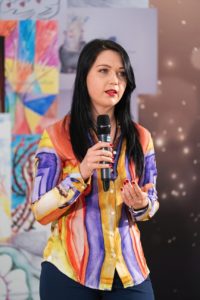 Anna Mykhnyuk, President of ETHIKA and the HelpUkraine project, has been living in Italy for the last fourteen years, however, part of her heart still lives in her native country, Ukraine, which is why the moment the war began, she and her team immediately moved to action. They contacted the authorities in the two provinces of Veneto where they operate, Padua and Rovigo-Venice, and offered to assist with communications, translation, interpreting, and management of legal documents with the prefectures of police headquarters and state police.  From there, they initiated a collaboration with the Municipality of Rovigo, and the province of Padua and other small municipalities of the Alto Polesine (Veneto), where there are currently hundreds of refugees, some of whom are living with families while others live in homes and shelters.

HelpUkraine directly assisted some of these families, even with their private transport, to move around the area. Now, they continue to help with translations while launching a new training project that teaches young children the Italian language through games and simple but effective play methods. They are conducting this work in collaboration with schools and planning for a summer session.

“Receiving your help was truly a godsend!” said Luca. “We were able to meet those small, necessary expenses that otherwise would have prevented us from working for these people. We are always grateful to you for this great opportunity, hoping that there will be more soon, as there are many, many things to do here for these people who are pouring into so many European states. In Veneto, we have up to almost 13,000 refugees all permanently housed. In Padua, there are 60 orphans at the bishopric of the city who are awaiting the temporary fostering of many volunteer families.”

With funding from The Pollination Project, Anna, Luca and their team were able to purchase fuel in order to move and accompany some families to their accommodations, as well as assist with necessary legal procedures. They produced documents in 3 languages – Italian, Ukrainian and Russian – which were distributed to refugees in the Rovigo and Polesine area. In addition, they helped families with small food expenses. 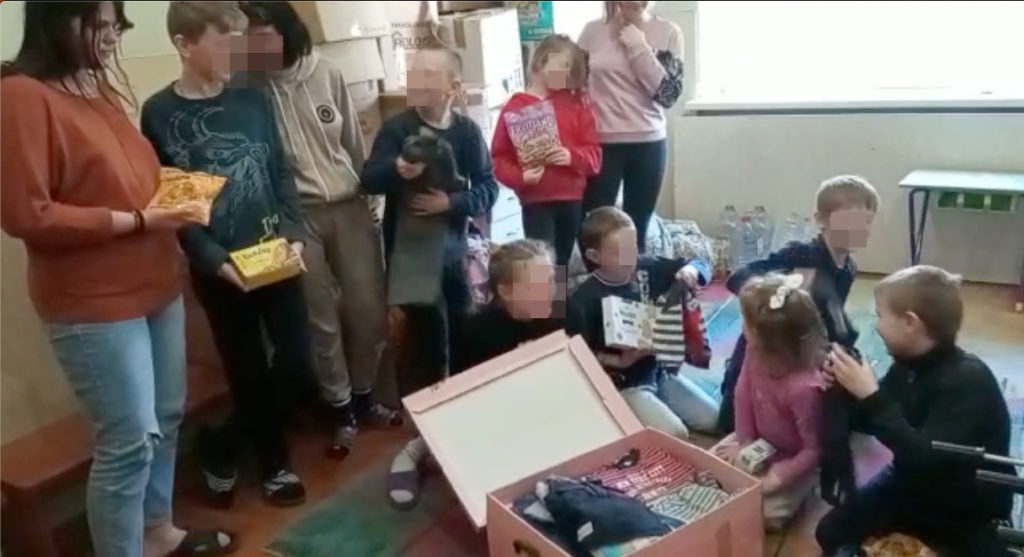 However, this work is not without challenges for both the refugees and those looking to help. Victoria, a 12-year-old girl and her mother left both her father and Dnipro to stay with relatives in southern Poland. HelpUkraine had prepared a welcoming home for them and a school for the little girl in Italy. However, on the evening before they were set to travel with a team of volunteers who had already left to bring aid, they said that they would not be leaving as they had decided to remain in Poland with their relatives. 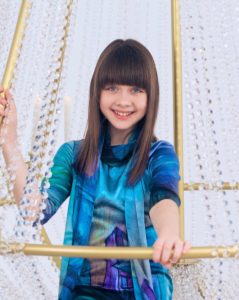 Following is the story that 12-year-old Victoria shared with ETHIKA in a short interview that was made with the HelpUkraine project in partnership with the Luca Martini fashion company in Switzerland that supports this project as well.

Where are you from … which city?
“My name is Victoria. I’m from Dnipro…”

What was your day in the city?
“My day was scheduled to the minute … school, training, classes at the fashion school, English courses….”

What do you remember about your trip here from Dnipro?
“We drove for a very long time, because a lot of people were driving and there were so many cars that everyone stood in a huge queue. And we drove mostly at night…”

What interests do you have besides school …? We know that you are passionate about fashion and you are a good model … Tell us a little …
“I really love fashion and design, create clothes, and also like to participate in clothing advertising. I just love the fashion world…I’m a special kid BrandAmbassador for LucaMartini fashion company in Switzerland and Italy…”

Now that you are in Poland, how do you live your days?
“I live with my relatives in Poland and miss my family, friends and home very much. But here everyone is very kind and friendly, help and support…”

What are your hopes and what will you want to do to end this conflict?
“I really want the war to end and I want everyone to know how wonderful and brave my country is…”

Do you want to say hello or thank someone in particular?
“I want to say thank you so much to all the relatives, friends and acquaintances who support with me and my family at such a difficult time…And of course Anna, Lucа, LM fashion company  and ETHIKA, who worried about me all this time…”

HelpUkraine faced a similar situation with a young mother from Kiev who was pregnant with her second child and set to go to Spain with her sister. However, at the last minute, she decided that she would stay in Italy. These stories illustrate the uncertainty and lack of foundation that refugees must deal with when forced to leave their home. As Luca said, “These two stories are emblematic of the serious psychological distress and disruption that is spreading in this population so hard hit by the war.”

It is not only the refugees that face obstacles, organizations with the best of intentions often face issues. Luca has come into contact with those who want to grab management and control of the refugee passage for their own gain, even within NGOs. In addition, HelpUkraine has encountered considerable organizational slowness in Italy as they are currently waiting for institutions to evaluate their literacy project for children and adults who cannot access schools.

However, hope continues to light the way and they find many moments to celebrate. One particularly special achievement in the area of communication occurred recently when they successfully built bridges of understanding with children.

“It seems like a small victory, but it is very big…” said Luca. “The language barriers in this case would have prevented understanding.” Luca and his team are working hard to build similar bridges for those who live with Italian families that do not speak Ukrainian / Russian or even English. 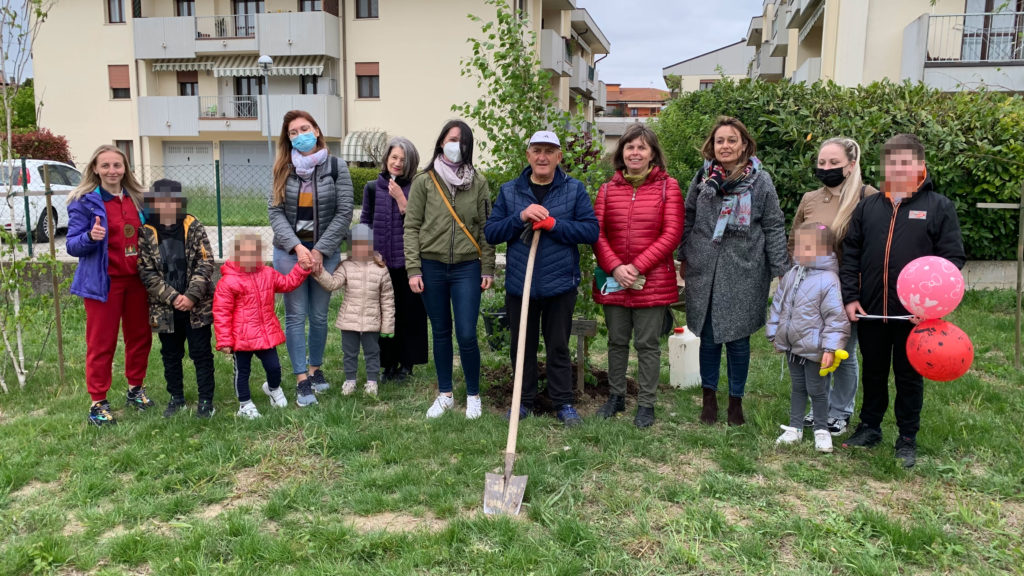 Along with mothers and children in Rovigo (Veneto), HelpUkraine planted a new tree, a birch named “Andrea”, in honor of 20 Ukrainian families at the Rovigo UISP headquarters that hosts play activities for children and Italian courses for mothers. Ukrainian families, children and adolescents attended a sporting event with the Rovigo basketball community on April 25th, 2022 to celebrate Liberation Day in Italy. With the support of Councilor Erika Alberghini of the Municipality of Rovigo and the UISP President Angelo Maffione, HelpUkraine is able to provide many wonderful activities for families as they help them to settle into life in Italy.

In looking to further their efforts, HelpUkraine has developed a new fundraiser. Proceeds from the sale of 100% sustainable sweaters, which the LucaMartini fashion company has made available, will be used to continue their work and support Italian courses to help children and mothers integrate into Italian society until they can return to their homeland, if that becomes a possibility.

“There are two, new events in the HelpUkraine program,” said Luca. “The first event will involve the community of Rovigo in a solidarity contest, through a lunch based on Ukrainian culinary products – pilmeny and Olivier sauce – to celebrate on a Sunday in May and raise funds for this small community that has very important needs. The second event will be organizing a trip to Riccione, a well-known Italian seaside resort, with Ukrainian families and the many volunteers who will make children and mothers experience a healthy day in such a beautiful location on the Italian Adriatic coast.”

HelpUkraine has directly helped a dozen families while their translation and communications services have helped regional institutions with 13,000 current refugees. The heart and sensitivity of this team is what guides them to create programs and help those who are now in Italy and, without a doubt, they will be there for all who have yet to arrive. 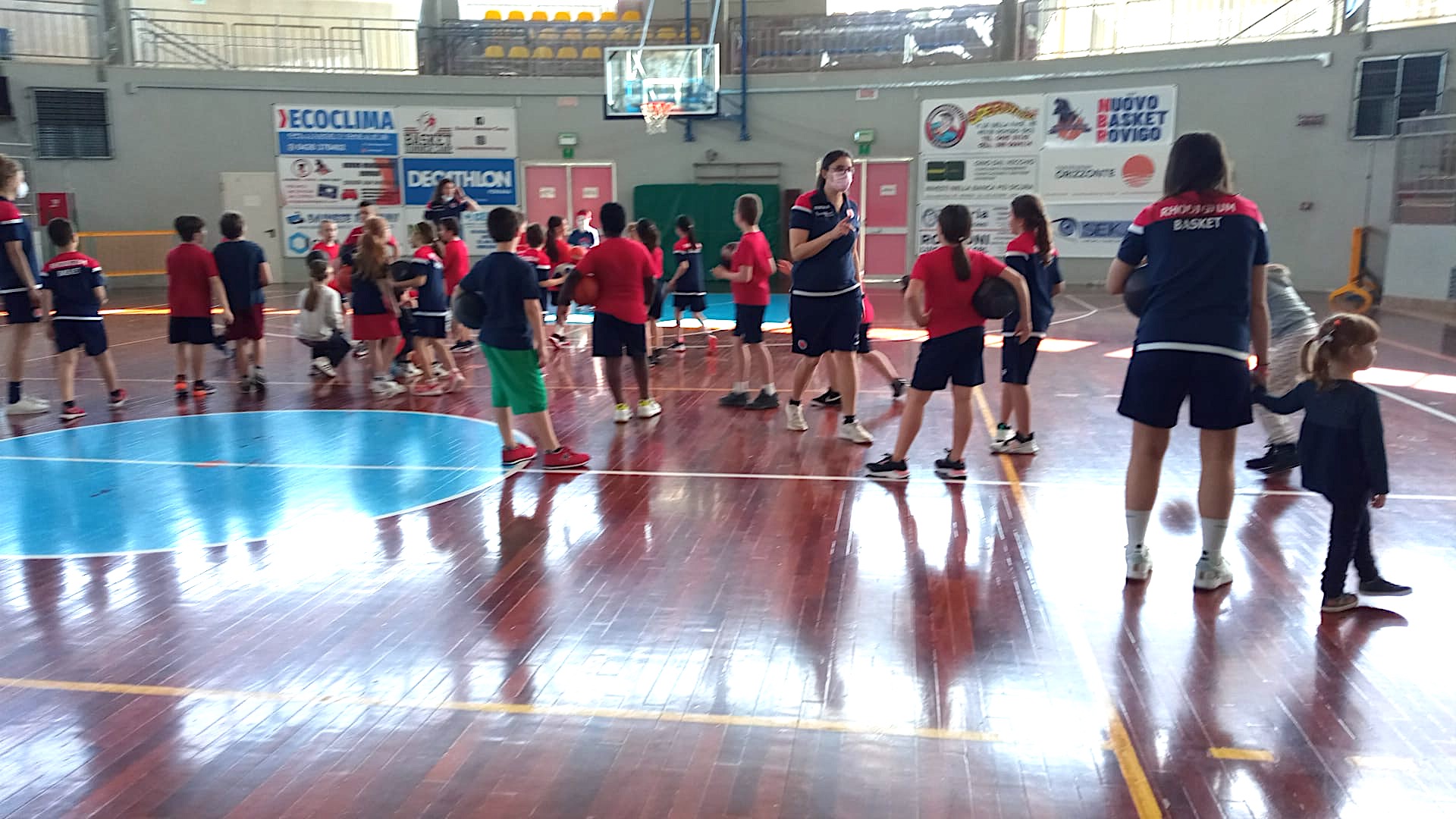 Principio Animal is an organization based in Porto