Art on Blast: The Little Book With a Big Message

I always know I am conversing with an artist when the word “intention” comes up often. The creation process is the unfoldment of intention, a process Rachel Werner—an artist of various mediums and arts educator & activist—knows well. In 2019, she planted a seed as the founder of the community arts and nonprofit printmaking series, The Little Book Project WI. What was once a figment of the imagination is now conceived and sprouted into multiple editions. During our conversation, she peeled back the layers of the project’s many facets and its intention of social justice through multimedia collaboration.

While the little book contains artwork, “each book in and of itself is a piece of art,” Rachel said. Birthing the idea into actual physical copies for “intentional inclusivity and collective ownership within artistic fields” is not only an act of justice for the artists but the community. After several years of working for a local magazine, Rachel was discontent over the consistent narrow range of representation of those featured in the publication, notably when her role as an editor consisted of meeting so many fascinating people at community events.

Industry standards of drawn-out publishing timelines and limited digital staff resources are factors. Still, despite a vast demographic pool, the same small percentage of people were featured time and again. “That was always something that bothered me,” she said. “What about all these other people?” The emergence of a broader spectrum of voices is necessary for disseminating information for a more whole and just society. “It’s cool, yet you may never know that we’ve got these amazing musicians in town,” she said. “Maybe it’s someone disabled, a veteran that’s an artist, or a person of color… but it’s not on people’s radars—and she/he/they might never be.”

The Oscars and Hollywood type-casting may be topical discourse, but the reality is the issue pervades literature, Broadway stages, ballet, the music industry, museums, and so on.¹ A 2022 study monitoring race and gender-based under-representation across artistic fields concluded that white males dominated the stats in every category.² Another 2019 study surveying major U.S. museums found that an average of 85-87% of all the collections belong to white-male artists.³ 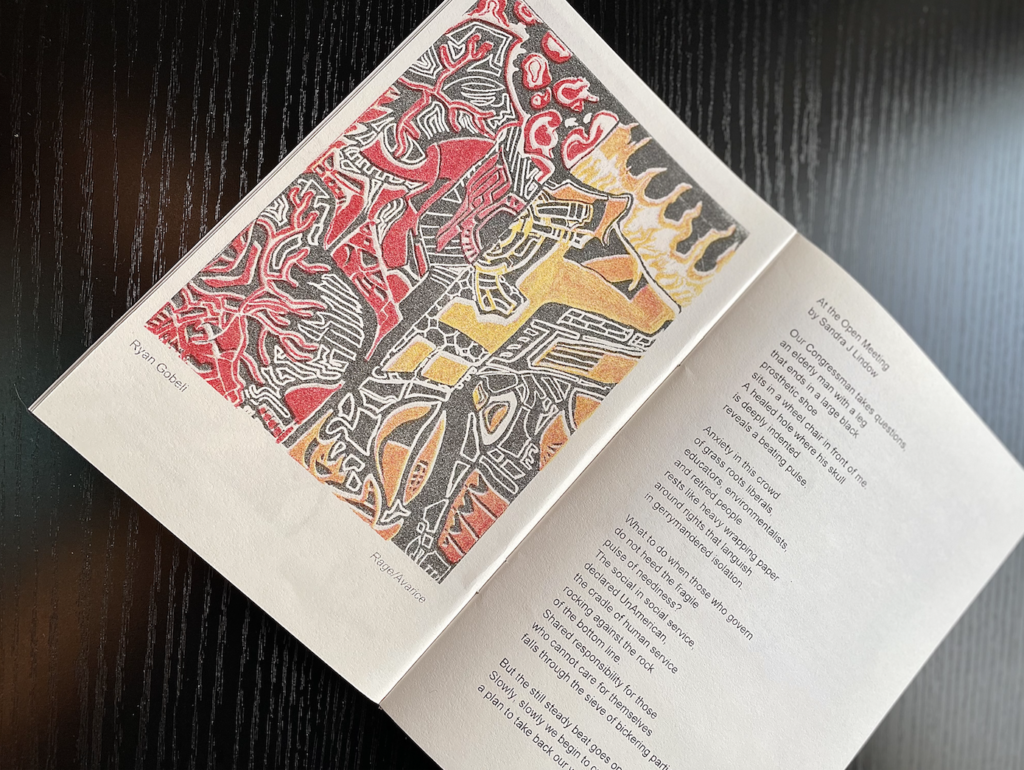 Including diverse narratives shifts and expands perspectives, which is why Rachel tackled broadcasting this information at the local level. After bouncing around ideas, she considered her skillset and familiar art forms for a feasible vision. She recognized that creative independence and making things more accessible meant a “for us, by us” model. After the first edition, word spread about the project. Now, Rachel partners with different local organizations that connect to each edition’s central theme, creating continuity between social initiatives and the art.

While it takes money to produce, the project’s scale is set up to be as inclusive and economically sustainable as possible to veer away from outdated models of philanthropy. “There are so many barriers for artists ever to be able to see their work in print—and many of the barriers involve costs,” she said. Never once has an artist had to pay to submit their work for consideration. Budgeting appropriately enables them not to charge fees when they do an open call. Massive annual budgets would also mean reliance on stakeholders and adherence to them, limiting the parameters of the project’s evolution and direction. The sustainable model demonstrates innovation and what’s possible at the independent level.

Rachel discovered The Pollination Project through a social media post. After visiting the website, she felt there was a synergy between the types of projects funded and her mission. “I figured I’d just go for it and give it a shot,” she said. “I am super grateful for them wanting to fund my initiative. It’s been cool to learn about other people’s projects too.” The grant alleviated the costly and time-consuming print process, allowing Edition #5: “Access & Representation” to reach its most printed copies. 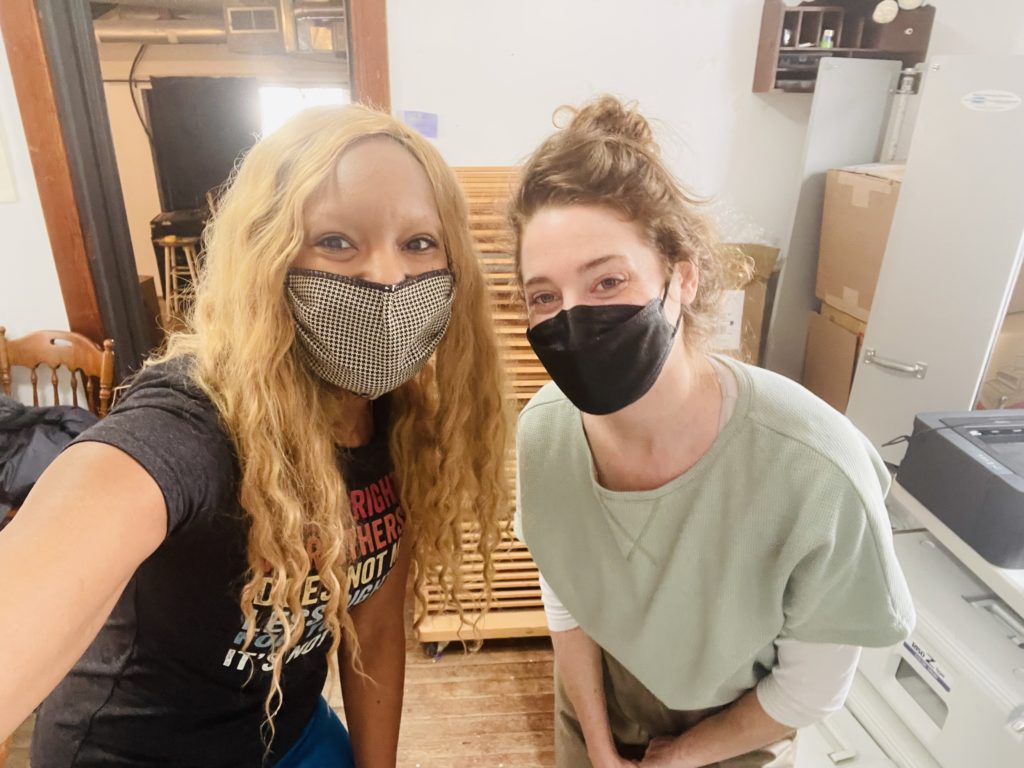 Word of mouth continues to fuel the project’s engines. “At every single stage, so many creative individuals are involved in this process now,” she said. “It’s grown and taken on a life beyond me, and we continue to move in that direction.” While apprehensive about handing the reins over to preserve the intention, Rachel acknowledges a flexible mindset serves everyone’s best interest, especially those artists in which the project is a lifeline. If resources and values align to become the unknown—such as national replication of The Little Book Project [insert state by state]—then she’ll let the wind carry and disperse the seeds to wherever they shall root.