A Kid to a Ball: Solving Uganda’s Education Crisis

Far removed while deep in a rural village in Central Uganda, Kenneth Oroma—a then Teach for Uganda fellow—passed the time in the evenings by breaking out his ball for the few children that came to school that day. By the end of 2019, just three months into his fellowship, more than half of the students had already dropped out. This narrative plagues remote communities throughout Uganda and is what Kenneth set out to change.

By the late ’90s, Uganda was at the mercy of war with the Lord’s Resistance Army. The government forced millions of Ugandans into internally-displaced camps. Among them was young Kenneth; he was also one in a million to get out. Malnutrition, filth, and violence permeated the region—desolating any means for survival—thus igniting a cycle of generational poverty seemingly impossible to break.

Eventually, Kenneth’s parents were able to relocate to a different part of the country, opening the door to a more hopeful future. Recruited as a university graduate, he returned to the rural conditions akin to his childhood—to help isolated communities with scarce resources lacking equitable access to opportunities.

Children from these villages have similar dreams as any other child: to become a pilot, teacher, or doctor. However, with the majority dropping out as young as ten to twelve years old—for these Ugandan children—dreams quickly fade into black. Instead, child labor becomes the norm, such as working on plantations or the selling of young girls into marriage. 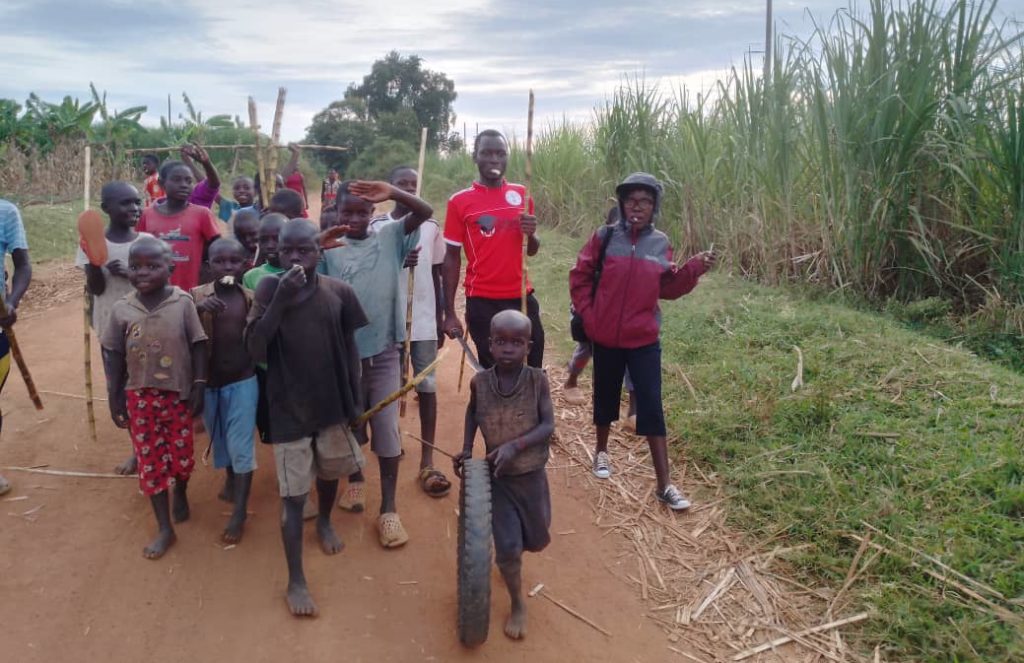 While only a third of Kenneth’s students were present during school days, the evenings were another story entirely. As soon as the ball hit the field, children emerged from obscurity. “You’d see a whole bunch of children coming…” he said, “the ones that had been out of school for a number of years.” Swarming the scene, like moths they all were, and the ball—their flame.

It sparked an idea that revolutionized the community over the next two years. “If I don’t have the children in class…” he recalled, “then I thought, what if I use this football space to equip them with the skills they need and are missing by staying away from school?” In time, he remained skeptical if his vision would come to fruition. Despite enjoying the fun, he figured the children would only be there for the games.

“But then, children started coming to school every day,” he said. Those like Kaggwa reappeared after two years of absence. Classmates initially teased him for a presumed brief drop-in, but Kaggwa continued to show up every day.

Being in remote locations poses major complications for teachers and faculty, with most living far distances and often leaving early to go home. Football became a bridge to unite the community. “We used football to bring the children to school… We used football to run a campaign to set up the school’s first library, and we used it to involve the parents in school activities,” Kenneth said.

The administration attended games. Kids played games against their parents; other parents from outside villages would even come to watch. The broader reach of engagement had an enormous impact. For the first time, students reached their highest level in primary school. 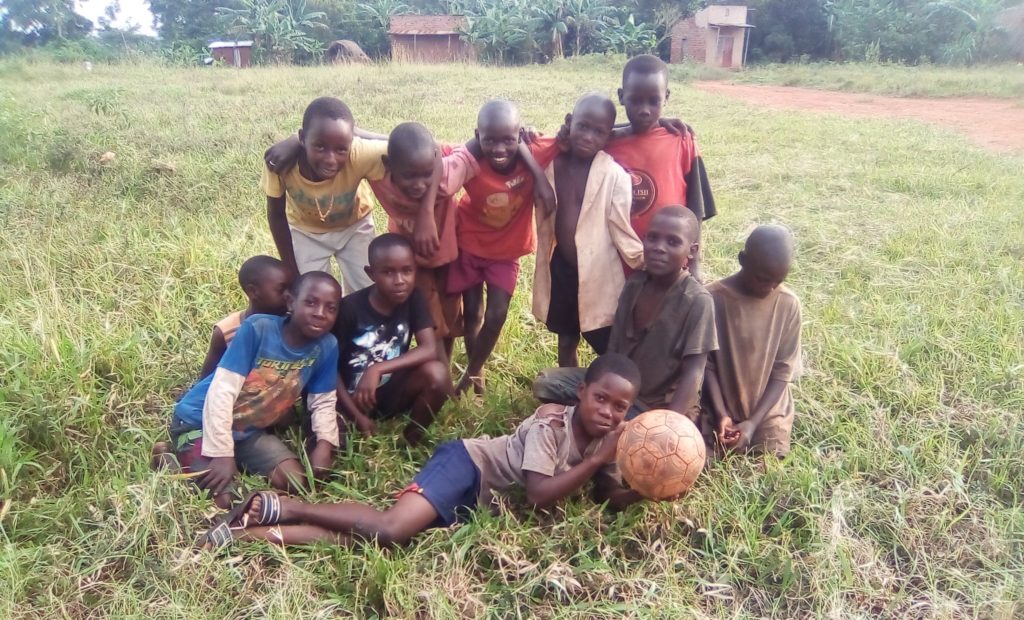 Not going to class often results in the children being left alone and without friends. Football taught them cooperation and collaboration. They learned to be accountable and punctual, with techniques like penalties for tardies, which resulted in deducted playtime. They practiced intention-setting and creating a vision for goals they’d like to achieve. Football gave them self-esteem, showing them their capacity to learn and become better versions of themselves. Believing in themselves led them back into the classroom.

“These skills helped the children appreciate the purpose that learning and coming to school could have,” Kenneth said. The respect they developed for themselves is undoubtedly due to having a teacher—a mentor, a leader—so present and invested in them unlike ever before. The investment mirrored back to them their worth. This alchemy produced the unthinkable—their transformation.

The rapid evolution blew Kenneth away, convincing him to use football on a much larger scale to impact more children in other communities. And, so EduBall Africa was born. He and cofounder Winnie Laker began targeting other rural areas in need, identifying three schools to help. Along with volunteers, they maximized their resources for the utmost impact. He describes receiving a grant from The Pollination Project as the needed boost and surge of energy to carry out their mission. “We now feel more connected to a global community of young change-makers,” he said. 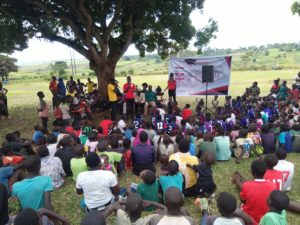 As the program grew, the need for help to manage it did too. Parents were the most available to enlist for facilitating activities and assuming responsibilities, which encouraged their desire to have more authority in the decision-making process at the school as well. Parent meetings went from a one-hand count to a room full of attendees.

At the end of 2020, three active students/players received academic scholarships for post-primary education, an expense far too costly for most. To their peers, this progress symbolized hope that the power is within them to break the cycle.

Kenneth aspires to reach more children with dire needs, improve literacy, and obtain more resources. He intends to evolve his techniques for impact, and his dream is to devote himself full-time to planning educational programs for EduBall.

Submission to the Committee on the African Charter on the Rights and Welfare of the Child on Uganda. (2022, March 14). Human Rights Watch. Retrieved September 11, 2022, from https://www.hrw.org/news/2022/03/14/submission-committee-african-charter-rights-and-welfare-child-uganda