Growing up, Jenna Bardroff’s best friend was a potbellied pig named Arnie. When she made the connection between what her parents were putting on her plate and her love for Arnie, she became a vegetarian at the age of five. She started college at the age of fourteen, the same year she committed to a vegan lifestyle. Love of the outdoors, commitment to compassion, and respect for all beings have been hallmarks of Jenna’s life ever since.

Jenna joined The Pollination Project community when her project, Solutionary Species, received seed funding in 2016 for work that educated communities about the link between wellness and the planet. Through summer camps, festivals, fairs, races, walks, workshops, film screenings, beach/park cleanups, and other programming, Jenna worked to help people grow in their capacity to see themselves as solutionaries. She joined our grant advisor team in 2018, and since that time has lent her curiosity, expertise, and time to over 140 grassroots leaders across the globe.

Jenna’s life is a beautiful example of the way in which a grantee’s individual walk in the world can be as impactful as the outcomes of their project. 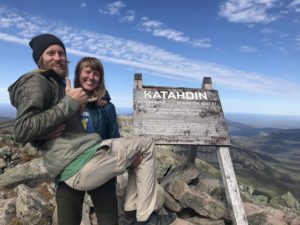 Recently, Jenna and her partner, Kevin, spent six months hiking 2,493 miles along and around the Appalachian trail. They survived hurricanes, tornados, and winds of over 100 mph on precipitous ridgelines of over 6,000 feet high. They ran down steep mountains to avoid being struck by lightning during thunderstorms, swam across ice cold rivers where the bridges were taken out by storms, ran from a flash flood, and hiked in 90 degree weather where water and food was scarce. They walked covered in snow, hale, rain water, and sweat. They did all of this while proudly adhering to a fully vegan lifestyle.

At times, Jenna and Kevin foraged for a majority of their food. They learned to regularly consume 17 different species of mushrooms, 28 different species of berries, and over 50 different plant species. They went days, sometimes weeks, without seeing another human being. As a result, they connected with wild animals in a way they have never connected with wildlife before—because in the forest, it seemed as though the other animals saw them as wildlife as well. They stood face to face with large mother black bears and their cubs, locked eyes with a mountain lion in the glow of the moonlight, had close calls with brilliantly camouflaged venomous snakes, and woke to the majestic echoes of moose calling out during twilight. Jenna and Kevin shared the same home in the woods, the same food sources as the other herbivores/frugivores, and the same respect for the land they inhabited.

After completing the trail, Jenna and Kevin moved into a campervan they had custom-built together on a minimal budget using eco-friendly and vegan materials to live full-time on the road. Their goal is to continue to embrace lives of freedom and adventure while resuming their efforts to educate people about health, compassion, and environmental regeneration through volunteer work with Solutionary Species and other non-profits. Jenna is now training to become a vegan athlete through competing in Fastest Known Time challenges to demonstrate how strong a woman can be with a plant-based lifestyle. 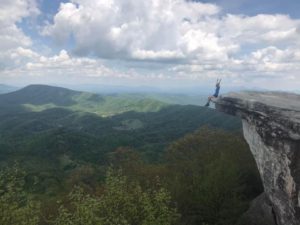 Jenna and Kevin want to inspire others and support people on their journeys to learning how to reconnect with the natural world. They wish to offer their knowledge and experience of hiking a long-distance trail, building a fully livable adventure vehicle on a minimal budget, thriving on a healthy vegan lifestyle, foraging wild plants and mushrooms, and discovering how to live a peaceful and minimalist existence. While they work on putting together a book of their experiences, they will be sharing blog posts, videos, and informational guides via their website at www.2VegansandaVan.com, as well as on their Facebook, Instagram, and YouTube.