A New Story for a Forgotten Animal

When Tracey Glover was seven, she and her Dad surprisingly stumbled upon kittens in a flower nursery. The owner told them that they were welcome to take them and offhandedly commented that if they didn’t, they’d simply be put in bags with rocks and thrown into the river like the others. That day was not only a fresh start for those kittens who found a happy, new home, it was the beginning of a love of rescuing and caring for animals that would continue throughout Tracey’s life.

While both of her parents were animal lovers, it was Tracey’s Dad who taught her how to carefully cradle the fragile, newborn life of a bunny or nurse birds back to health and, in doing so, cultivated Tracey’s passion for animals. Becoming vegan and advocating for animal rights as she moved through life felt like the right path and yet, she knew she needed to delve even deeper. As her awareness of the tremendous suffering of farmed animals developed, so did the idea that there was one animal she needed to connect with in a greater way – chickens.

One January afternoon, Tracey saw a Facebook post about a large, industrial farm in Colorado that had gone bankrupt, turned off the heat and stopped feeding its 40,000 birds. The community found out, prompting the owner to announce that people could take what they wanted and rescuers got to work. Initially, Tracey simply shared the post but when someone in the community chose to take two, she thought she might be able to as well. Tracey ended up taking eight. Although she knew nothing about chickens, she converted her shed into a makeshift coop and without even realizing it yet, Sweet Peeps Microsanctuary was born.

She’d read that chickens were cheap and easy to manage but quickly discovered that’s only true if you treat them as a food supply. If you were treating them as living beings it took more time, energy, and money than any cats or dogs she’d ever had. They were fragile, needing a safe and enriched environment, so Tracey made continual improvements for their safety and stimulation. Despite all the work, she couldn’t believe how much she loved them.

“I knew that I’d undervalued and underestimated chickens, I just had no idea how much. I am constantly amazed at what special little personalities they are and I’ve never worked so hard to care for anything in my life. I was a lawyer at one time and if I’d worked half as hard at that, they would have made me a partner right away, “ she laughs. “I just love being with them. It feels very natural. I never started out to have a sanctuary, but I just kept doing what felt like the right thing to do based on what was in front of me, and I ended up here.” 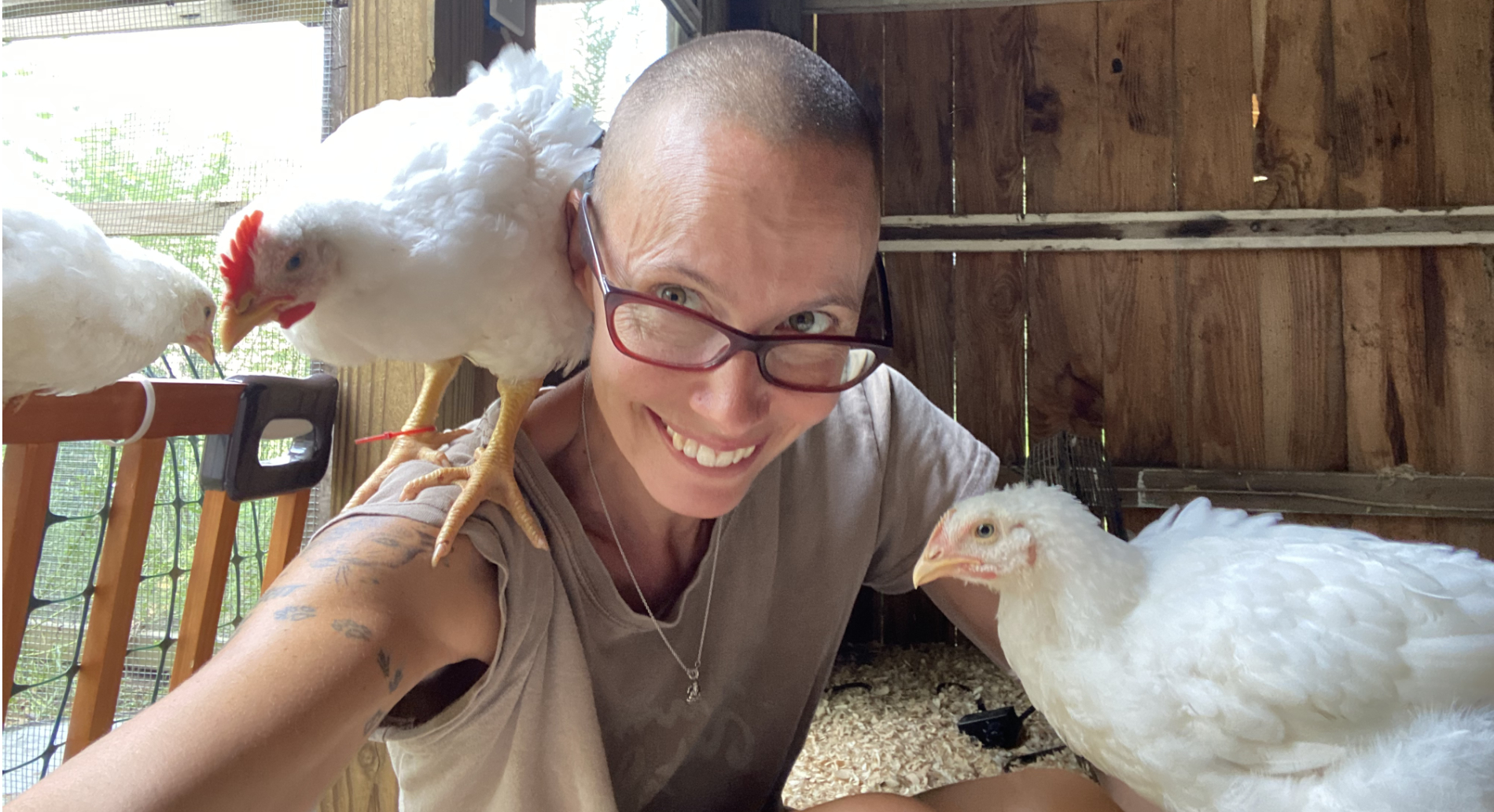 The power of sanctuaries is to not only be an advocate for the species in your care but it’s also to be an advocate for all those who aren’t in your care so, with the initial Pollination Project seed grant she received, Tracey set out to create a website to increase her outreach. Her goal was to get the message out to as many people as possible that she was taking in chickens. In addition, she used part of the grant for expenses like veterinary care, bedding and food.

Sweet Peeps Microsanctuary now has 36 chickens that sleep in their coop at night and – though fencing surrounds her yard –  during the day they have a more free range experience.  When a fox appeared a couple of months ago, Tracey got all of the chickens to safety and promptly crafted a plan to enhance the predator proofing she’d had in place. Though she’d had fencing and other features to provide protection, it was clear that a sly fox required reinforcements. The Pollination Project’s second grant has allowed her to put up 800 feet of taller fencing and skirting around the base. In addition, some of the money will go toward landscaping to divert water from the barn which has experienced flooding during recent strong storms.

“Being connected with the Pollination Project, an organization that supports so many who are making a better world for all beings – people who are doing amazing human rights and environmental work –  and to have the care of chickens valued in the same way, just reinforces that it all matters. Society’s message is often that animals are not that important and farmed animals are definitely not important but this community of amazing people reminds you that they are. ”

Though Tracey’s Dad passed away a few years ago, photos of him wearing the warmest smiles adorn part of Sweet Peep Micro-sanctuary and keep watch as she cares for the animals. There is no doubt that he’d be proud of her for the heart, passion and work she’s put into looking after these chickens. Tracey is doing more than saving lives, she’s illustrating what’s possible when you follow your heart and write a new story for a beautiful, forgotten animal. 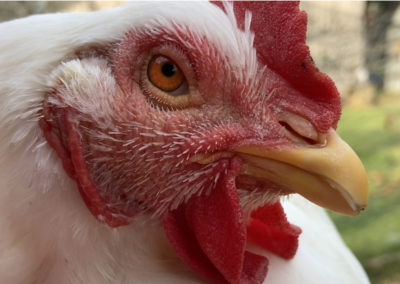 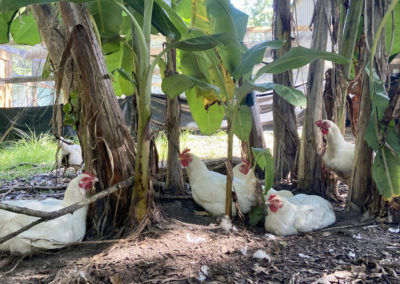 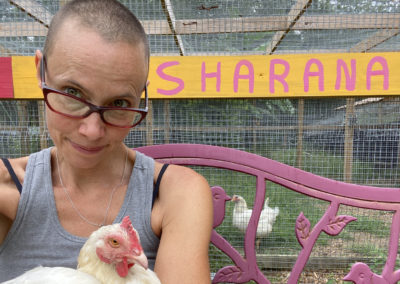 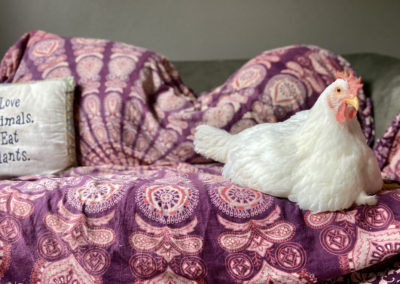