Our Work in
Animal Rights
& Welfare

“Bree is a rooster, but he is an intelligent, feeling being that craves love and peace, just like all of us. Most children grow up loving animals. My hope is that by meeting Bree and learning more about compassionate food systems, they can learn to reflect their love of animals in their life choices.” 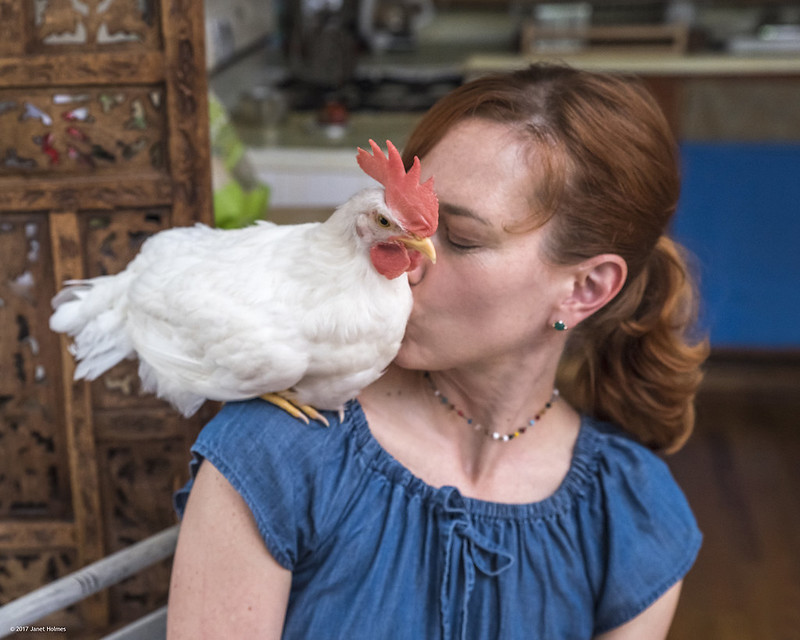 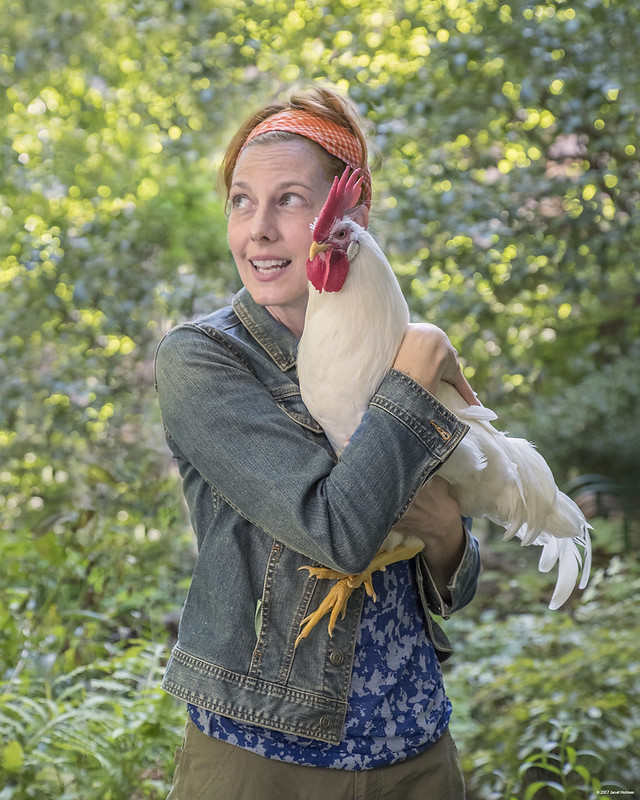 One day, the shelter where Camille Licate worked took in a baby chick that was found wandering the streets of New York.

Camille kept the chick at her desk all day, and on a whim offered to take the little ball of fluff, who she named “Bree”, home. Improbably, they formed an inseparable bond that inspired Camille to share the sentience, heart, and value of non-human life with others.

The Pollination Project partnered with Camille to bring her vision for “Bree & Me” to life. The “Bree & Me Project” teaches kids to take positive action for farm animals and animals used for testing through humane education programs and promoting compassionate lifestyle choices, with an emphasis on veganism. Bree is the project’s ambassador.

In towns with little exposure to humane education, Camille and Bree are creating resonant experiences for children that will result in a kinder, more compassionate world. To date, they have reached over 5,000 kids!

“If we want to build a world of kindness, we have to include non-human animals.”

Lakshman Molleti’s work seems simple enough at first glance: he gives away earth-friendly water bowls throughout India to ensure that the millions of stray dogs, cows, monkeys, birds, and other animals have access to clean water.

This helps street animals avoid health issues like dehydration, skin infections, viral infections and death. Lakshman’s water bowls are hand-painted in community events, and placed outside of the homes and businesses of volunteers. This simple act connects humans and animals on a deeper level.

“When someone sees a desperately thirsty dog eagerly drinking from one of these bowls, they realize how much street animals need us. And by helping in this small way, we hope they feel a pride that leads them to find other ways to deepen their involvement with animals,” he says. The Pollination Project partnered with Lakshman to help purchase the bowls, nearly 3,000 of which have been distributed throughout India. 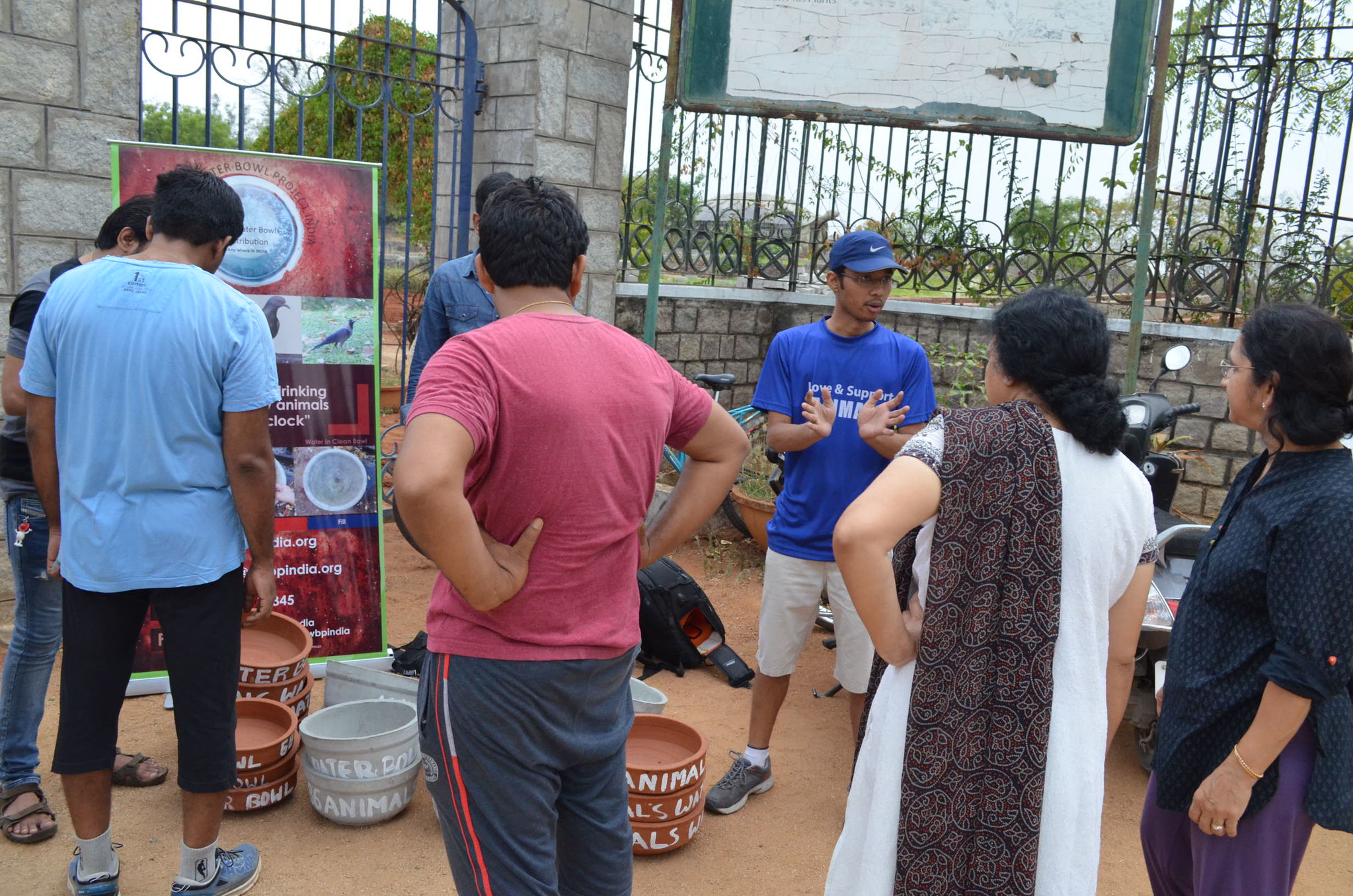 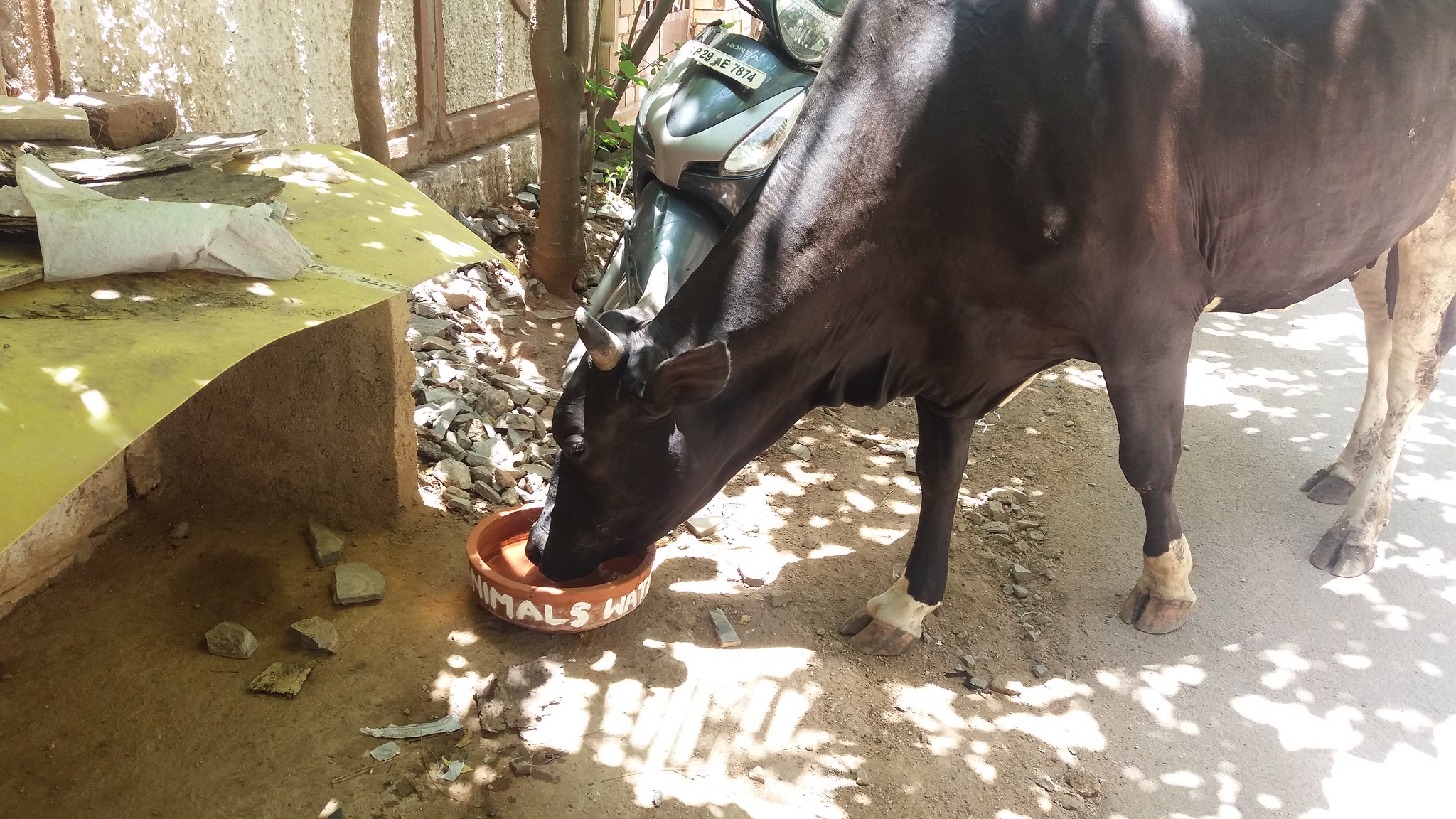 “Animal suffering happens out of human sight.” says Jessica, “So our responses should be as visible as possible. We give people books they can hold, a community of friends they can hug, and food they can eat.” 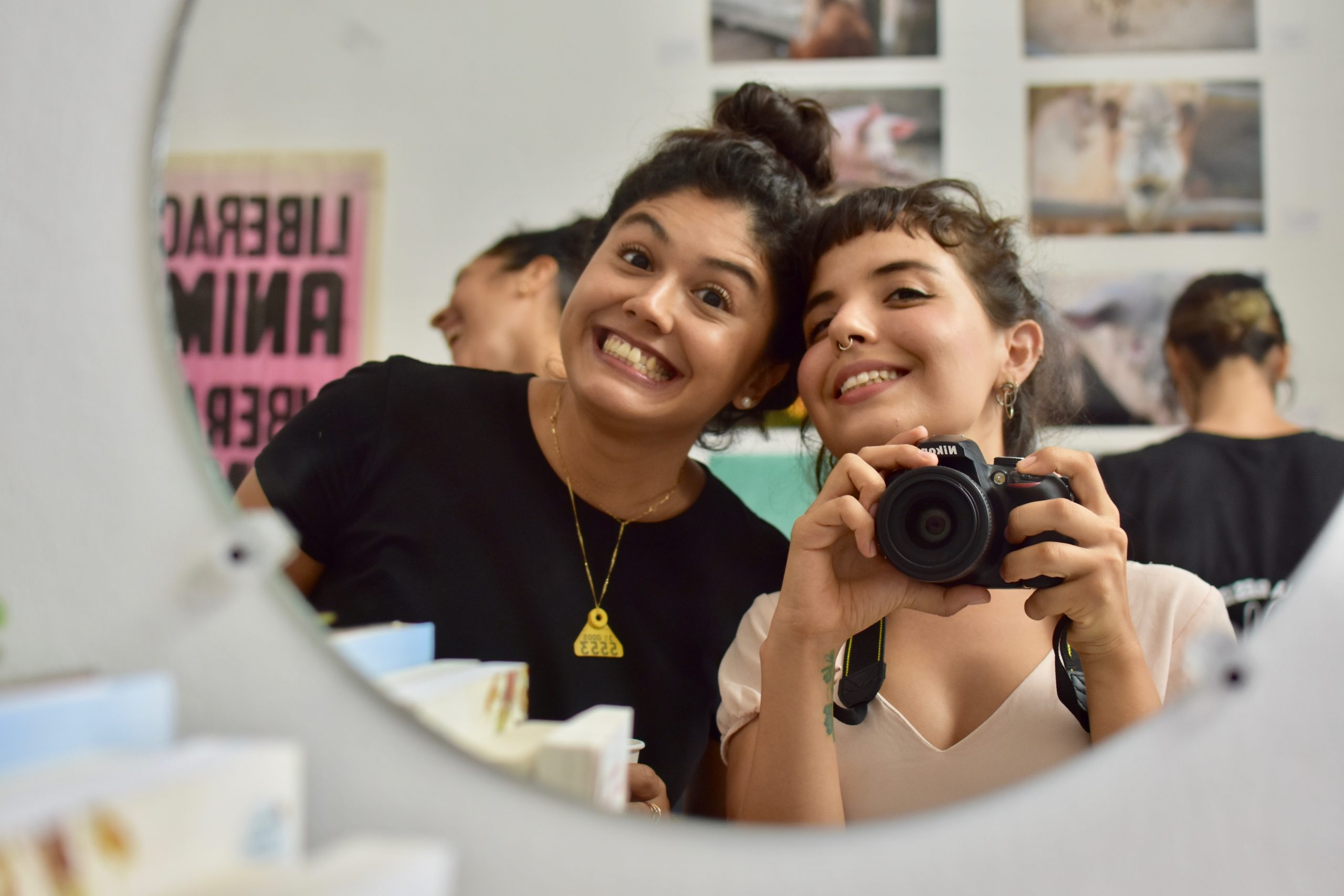 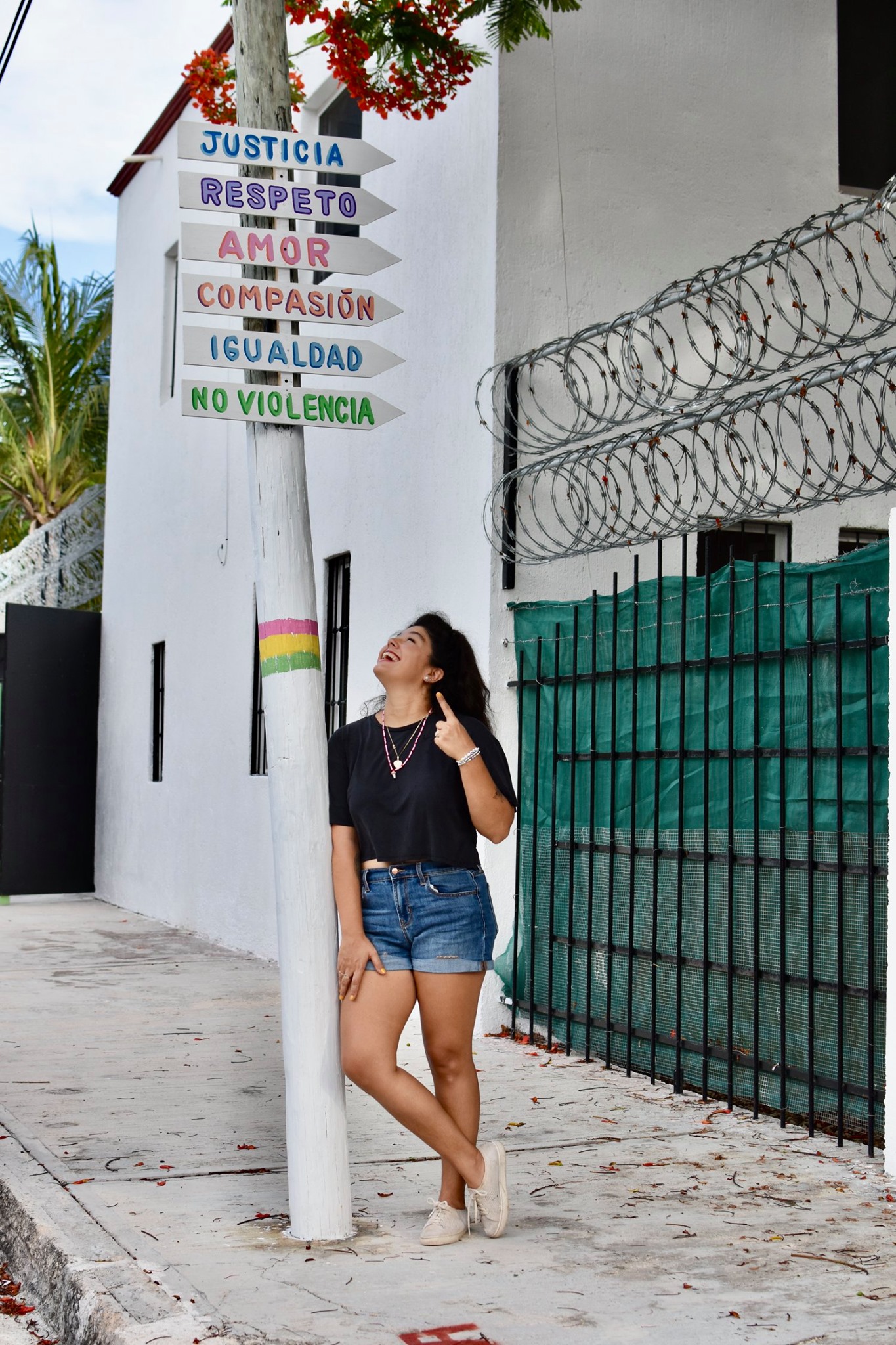 Jessica Gonzalez Castro is a reader.

One book in particular has shaped the trajectory of her life. After reading “Animal Liberation” by Peter Singer, Jessica was moved to learn how she could be a more effective activist for animal rights. So it was with great disappointment that she found her local library in Quintana Roo to be devoid of any resources on veganism, social activism, or speciesism.

Undaunted, Jessica decided she would create her own library; a mobile resource to bring more children and adults into the circle of compassion that includes non-human animals.

Jessica took books to events, formed a reading club, and established a lending library through seed funding from The Pollination Project. But all the while, her dreams were leading her to something bigger.

She wanted the library to have a permanent home, and she also wanted to have a physical space where the community could learn and gather around a shared heart for animal rights. And so, just over a year ago, “Casa Animal” (Animal House) became Mexico’s first vegan antispeciesism community center. In a short time, Animal House has offered so much to the community. They have given plant-based foods to vulnerable people, held workshops for entrepreneurs working on vegan businesses, offered vegan cooking classes, and hosted guest activists from around the world.

In retrospect, her work has all been driving towards one bigger dream: making speciesism visible.

Your donations make
all the difference.