This is a story of brotherhood.

Raoul Vecchio is an architect and engineer. One day in his native Italy, Raoul had a chance encounter with an artist named Jali Diabate. As they talked, a synergy emerged that would meaningfully shape both their lives.

Jali is part of the ancient tradition of Mandinka Griots, a people known as the keepers of history and memory in the Senegalese village where Jali grew up. It has been said that “when a Griot dies, a library burns,” such is their vast knowledge of the stories and traditions of Africa. The Griots advised kings, paid homage to new children, and remembered the dead. In a society where written texts were rare, the Griots were the people who sang the ancient folk songs, played traditional instruments like the “kora,” and passed down allegories and quotations.

When Raoul and Jali met, Jali had lived away from his native village for nearly twenty years. Raoul was drawn to Jali’s story, having long wanted to find a way to use his talent as an architect for the greater good. Similarly, Jali wanted to do something to honor his homeland. The two became fast friends, and planned a trip to Jali’s birth village of Baghere to see what inspiration they may find.

News of their arrival spread quickly, and when they approached Baghere they found the whole village awaiting them, singing in celebration. It was at that moment that they realized something very special was being born. They began to create a team of volunteers and study how they could serve the community around them.

Their first project, fittingly, was a bridge.

As they finished construction, they asked an elderly village chief to name the fledgling partnership taking shape. He looked into the sky for a moment and said “Balouo Salo;” which means both “pray to life” and “bridge for life” in the Mandinga language.

Raoul and Jali recently received seed funding from The Pollination Project to build a volunteer-led cultural center, in the ancient tradition of the Griots, to preserve the traditions, art, and stories of the over 11 different ethnic groups who live harmoniously in the area. Schools, sports teams, religious communities, and others participate in the construction, and input from every community member is thoughtfully sought. When fully built, the center will be managed by a committee of local people, each of whom revere the rich heritage that the center will preserve. It is Raoul and Jali’s wish that the center is received not as a gift, but as something that the community builds and maintains together.

Today, the brotherhood between Raoul and Jali is more than symbolic. They became siblings when Jali’s family adopted Raoul as their last child, giving him the name Cheickna Diebate, “The White Griot.”

Together, these Griot brethren are keeping the precious cultural heritage of Senegal alive. 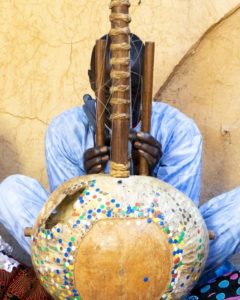 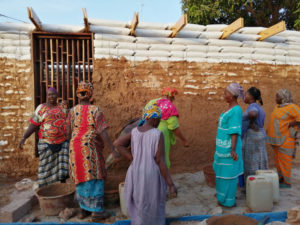 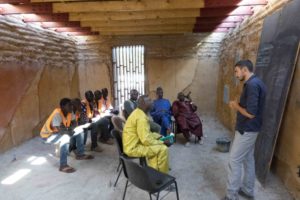