The Mushroom Guy. That is the name the community has given to him. It might have something to do with the jacket he wears as it has a giant mushroom on the back but more than likely, it has to do with the fact that Jake Garza has done something extraordinary – he’s turned a passion for growing gourmet mushrooms on recycled paper into a way to feed a town.

In 2020, Jake Garza lost his job and began to suffer from depression like many facing the Covid-19 pandemic. In need of something that would motivate him to get out of bed each day, he discovered a love for mycology, or the study of fungi. Known as the digestive tract of nature, fungi turn decay into beauty and as Jake began to experiment with the many ways to grow Shiitake and Oyster mushrooms using recycled material that is exactly what he found. Now, his discovery is changing lives in a little town called Ash Fork in Arizona.

Ash Fork, Arizona is an old, off-the-grid town along Route 66 where more than 50% of the population is below the poverty line. There is no electricity, water, gas, or even mail services. Food insecurity is a common concern so community reliance upon food banks and other charities in town is important. There is no trash or recycling service which leaves people to have to haul their trash to another town however, not everyone has a vehicle which often means people will burn their trash. Where many might have seen despair, Jake found inspiration.

Inviting people to bring him the paper products they were looking to dispose of – things that would otherwise have been burned – Jake began to use them to grow mushrooms. Intrigued, people would bring their recycling and learn about how healthy food can be grown off of what we once thought was trash. In feeding paper to a plant, you have gourmet food in less than a month and the paper is composted to the size of a golf ball which can be planted in the ground.

However, recycling was only the first step for Jake. Soon after he started, he began to see that he could share his mushrooms with food banks and help many in need. Realizing he needed some support, he reached out to The Pollination Project.

“The Pollination Project grant was the first grant we got and it was a truly eye-opening moment. I kept thinking, ‘Somebody believes in this! I’m not just a crazy mushroom guy.’ This is an inexpensive project and when I calculated all of our expenses for basic upkeep the Pollination Project grant was enough to completely cover the supplies for the year. I’m so unbelievably thankful for the opportunity to be able to use the funds to help people. It means the world to me,” said Jake.

In truth, growing gourmet mushrooms is not that different from gardening, in fact anyone can do it. Using a propane burner, you sterilize all the supplies along with paper or straw grass and a substrate like dirt that can be eaten by mushrooms. Mix it with sawdust or wood pellets and hydrate that with water. When you place it all in a pressure cooker for an hour and a half, it kills all the contaminants. In order to work in sterile conditions without electricity, you wear gloves, use a plastic bag inside a plastic bin with holes and spray everything with alcohol then close it. You open it again to inoculate it with mycelium that will grow inside the closed bag and colonize. It takes about one month to grow something like an Oyster mushroom. Once you harvest that first block, a week later there will be another harvest and that continues for up to two months. Right now, Jake grows about 10-15 blocks a day – enough to feed an entire town.

“I believe that food should be a right, that we should be striving to help others with food insecurity concerns. I’ve struggled with food insecurity and it’s terrifying. Feeding people is so important but so is teaching, encouraging and inspiring people to try to grow this on their own. So we set things up in community centers and invite people to just try and experiment,” said Jake.

These days, Jake is actively working to teach in-person classes around Northern Arizona as well as on Facebook in an effort to communicate with people at home. He attends farmer’s markets in town and is an active member of the community center where he provides free mushrooms to the Pot Luck Club and speaks at the Garden Club. In a place where people have limited resources, he’s providing a recycling system, education and a viable solution to the issue of food insecurity.

“Lion’s Mane is a mushroom that’s good for memory and battling Alzheimers and dementia. As we get older, we could all benefit from these mushrooms that have been around for ages, yet we’re just beginning to understand them. Amateur mycologists are pushing their passion into the market and that drive is truly creating change everywhere,” Jake said.

Mycologists around the globe have begun to take note and are interested in learning how to reduce their consumption in an effort to grow greener. There has always been a misconception that you need fancy equipment to do this but in growing without electricity, he is proving that’s not the case. Other amateur mycologists are stepping out of the woodwork and discovering that their hobby has a real world benefit – they, too, can grow food and donate it to food banks.

“I want to inspire and teach younger generations about more sustainable cultivation, things like growing your own food if that’s necessary for your family. Out here with the poverty rate so high, kids grow up thinking there are no options. When we turn trash into food, we realize we can turn nothing into something at the very least and at most, we can turn it into something huge. I want to work to provide greater food access across the country and the world and show people that you can do it by simply starting from your home.”

Today, Jake’s project has become an organization, a 501(c)(3) public charity, and their first Chapter launched in Massachusetts. As his work continues to expand, so, too, does the incredible impact he is having upon many people’s lives. 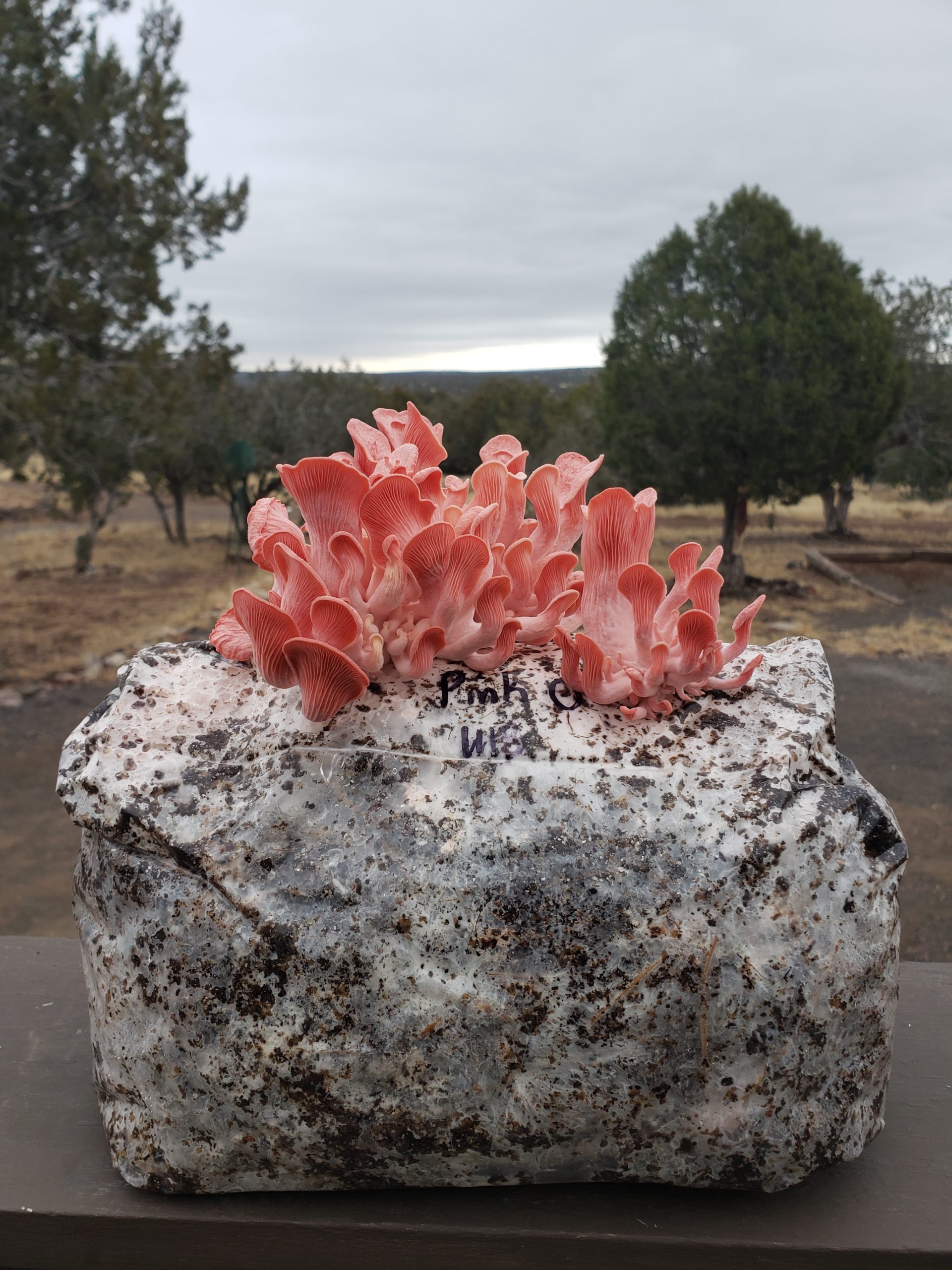 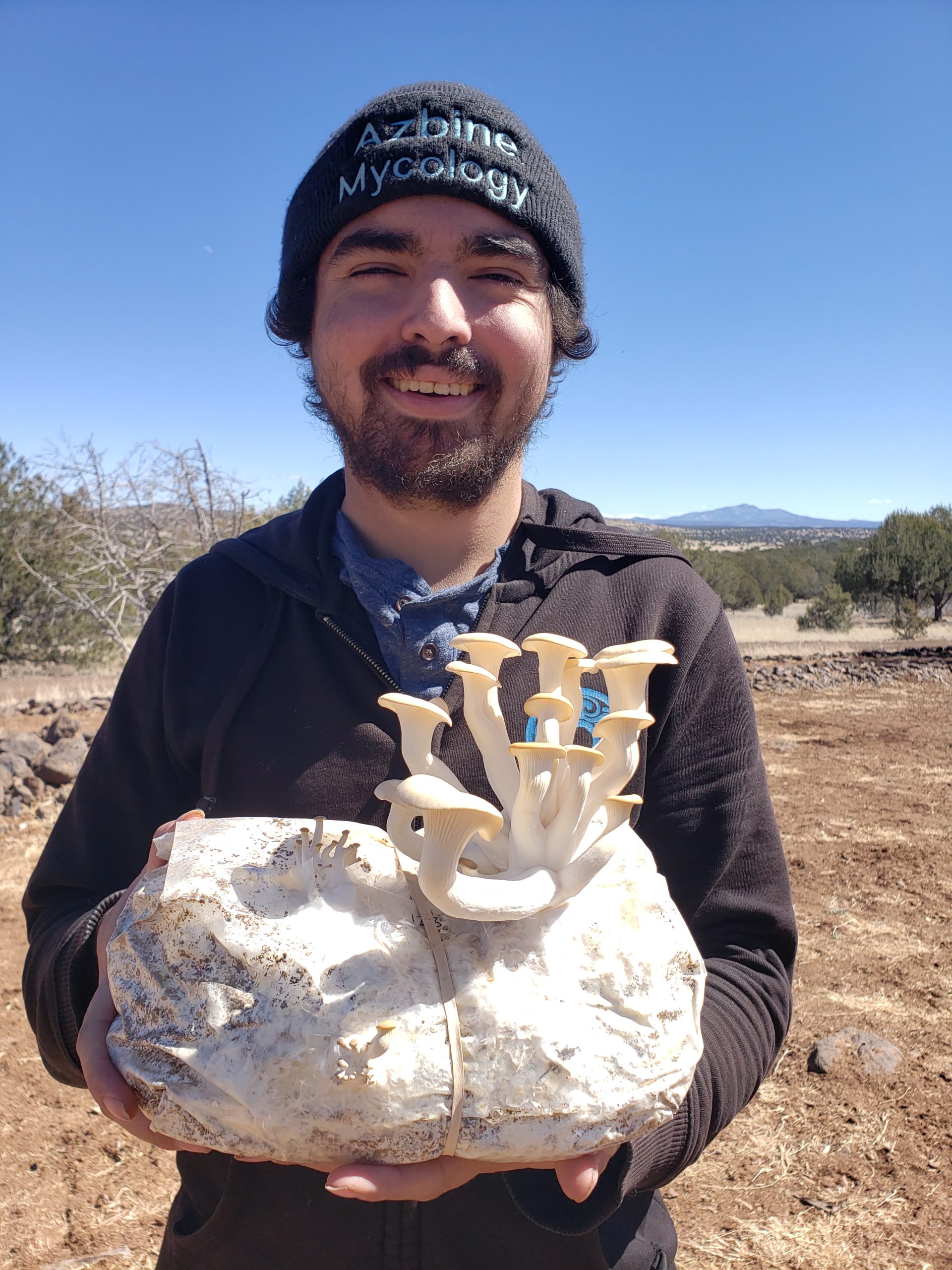 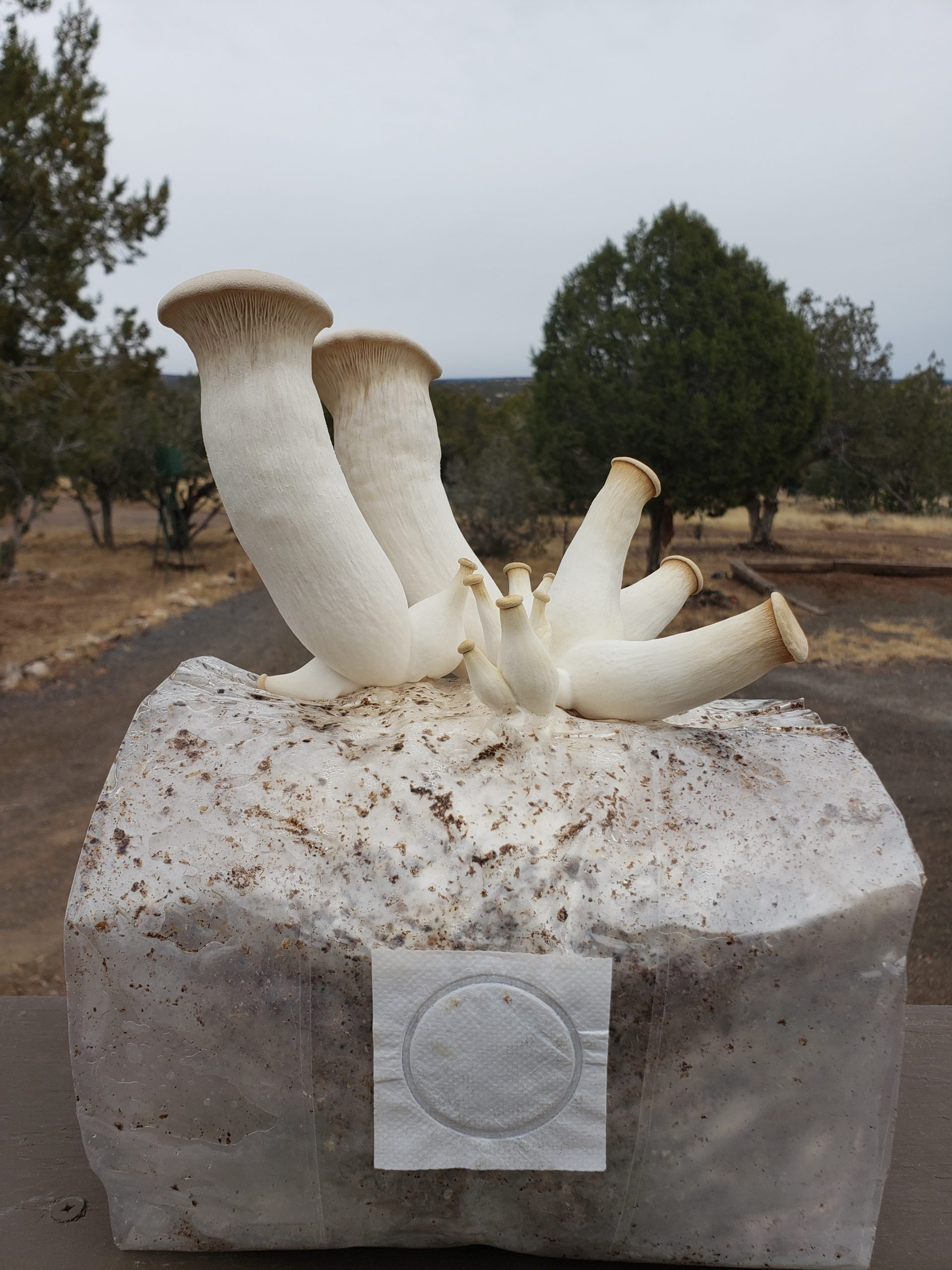 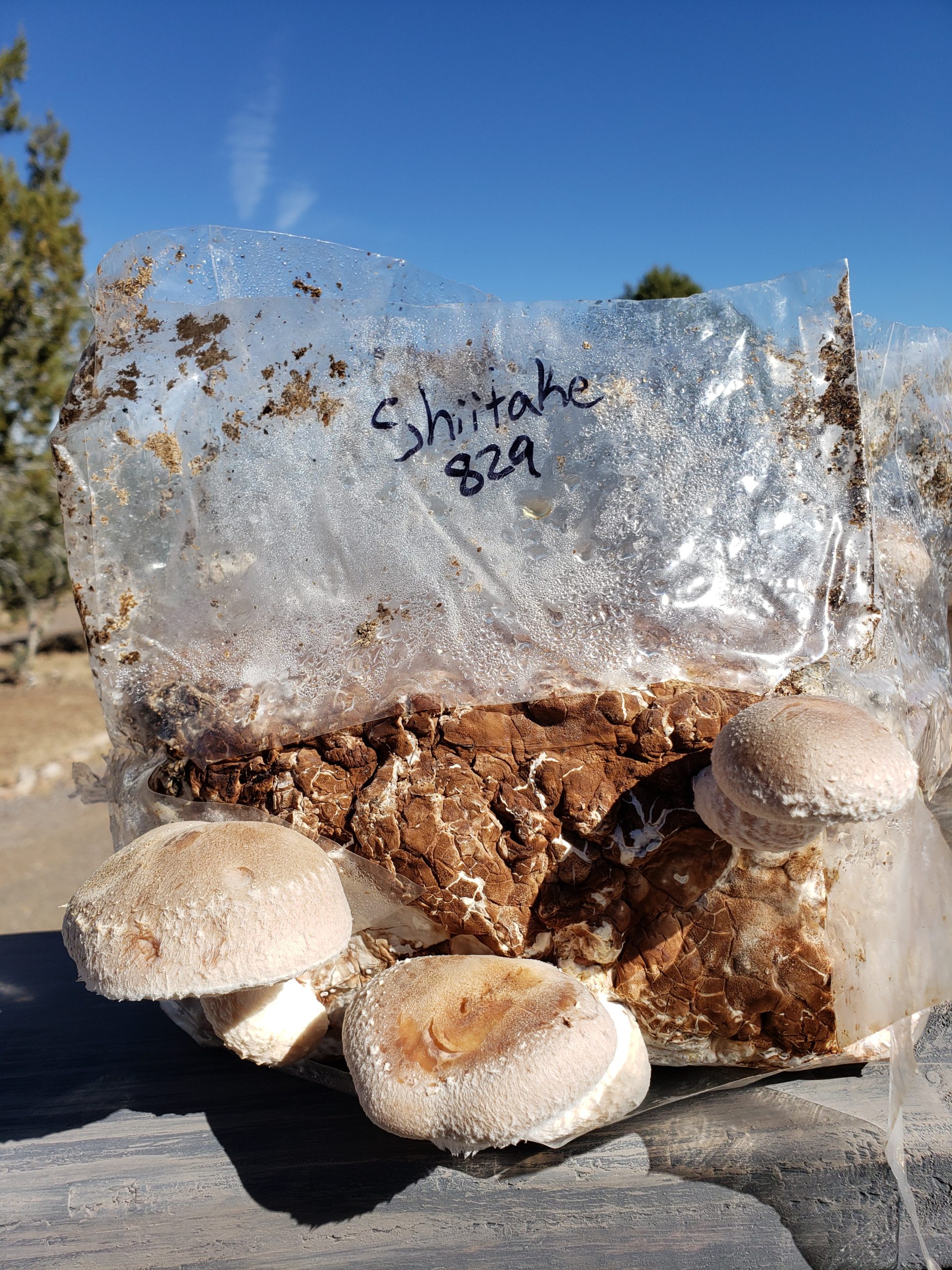 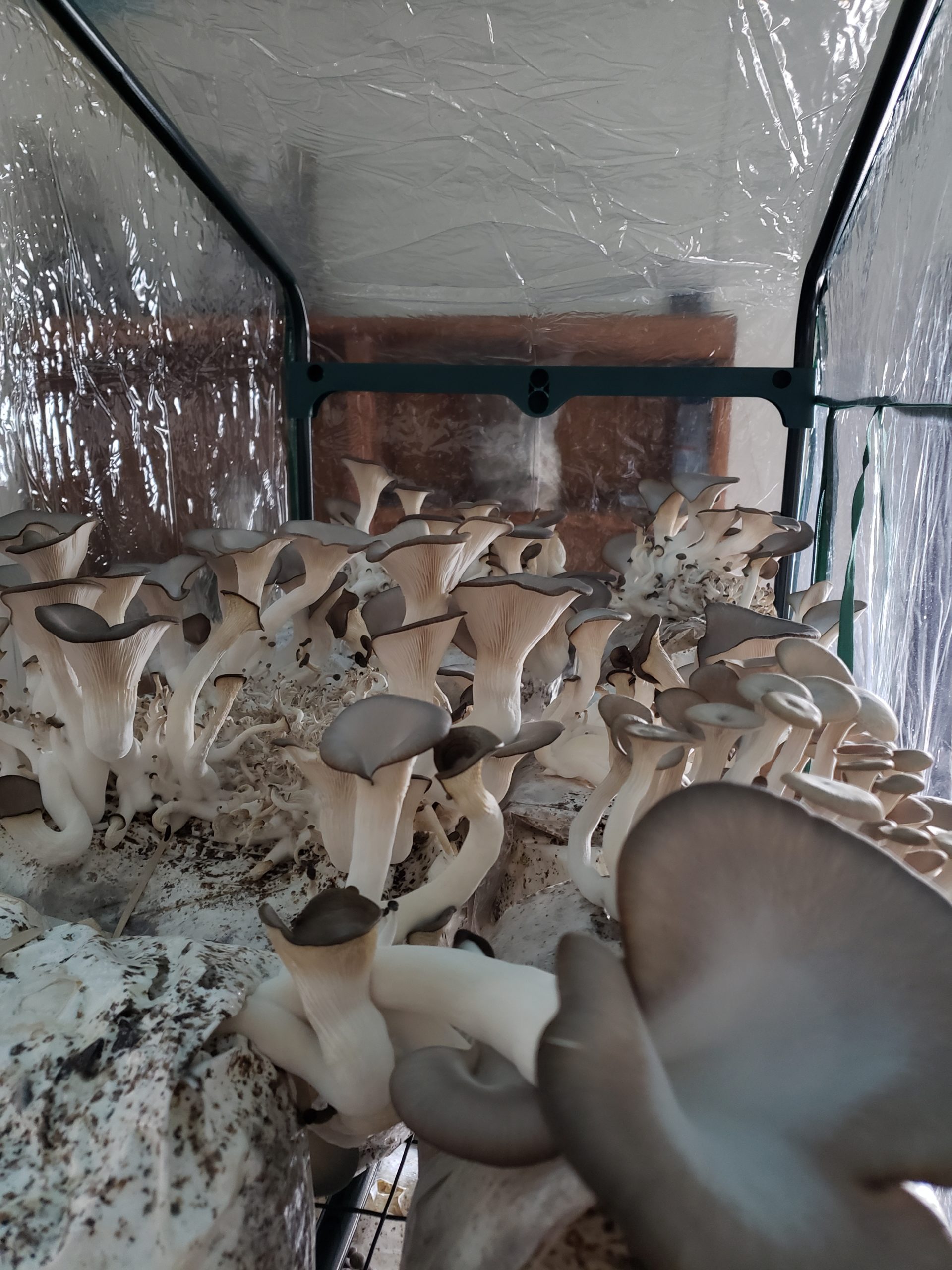