Hope Floats on the Wings of a Butterfly

Perhaps it was witnessing her mother’s commitment to environmental politics and the work she did for Los Angeles Mayor Tom Bradley’s Solar Committee in the 1970’s that inspired her. Or it might have been her own personal experience of saving a chrysalis – the hard shell that allows caterpillars to transform into breathtaking butterflies – that ignited the spark; no one knows for certain where the inspiration came from. However, what is known is that Janin Paine was so moved by the plight of the Western Monarch that she made an unwavering commitment to nurturing and supporting the gorgeous orange-and-black winged butterflies and it’s having a powerful impact.

After buying property with her boyfriend in the foothills of San Luis Obispo County in California, Janin read that Western Monarch butterflies were disappearing at an alarming rate. Within the California coastal regions, their numbers had declined from 200,000 to 2,000 in only a few years and were in danger of extinction. One of the ideas to help increase the population was habitat restoration. 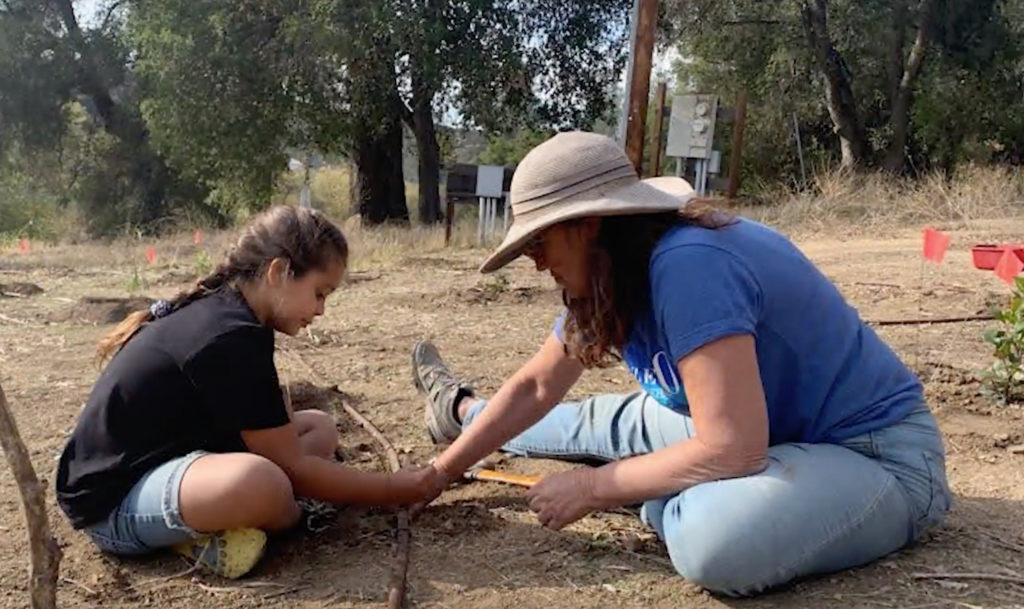 When Janin learned that monarchs head to the California Coast for a little beach time in the winter and to the mountains for some rest and relaxation in the summer, she realized that her property was along their migratory route and might offer some help. So, she reached out to The Xerces Society, an international science-based nonprofit organization focused on protecting the natural world through the conservation of invertebrates and their habitats.

A biologist from The Xerces Society approved a grant for 85 plants suited for both Janin’s land and pollinators and the Habitatz – Millions of Monarchs project sprung to life. What began with a creation by Janin, her sister-in-law and her niece known as the “Monarch Hotel”, a sweetly decorated box with a few strings that provided safety for monarch chrysalis, had grown into a project that enlisted the support of numerous, amazing volunteers. Together, they prepared the land and planted various plants such as milkweed – known to hold a special place in the monarch’s heart.

When Janin found The Pollination Project, she initially thought it was an organization focused on pollinators such as bees, butterflies, etc. However, she was thrilled to learn that while our pollination focus was slightly different, we created opportunities to pollinate the dreams of changemakers like her.

“I was so excited. It was a wonderful surprise to receive the Pollination Project grant. It allowed us to pay for an irrigation system. It was great. I’ve even told my friends about you,” Janin said.

Since the start of this project, she’s received requests from people looking for advice on planting gardens and much more. As the monarch preserve continues to flourish, Janin finds herself feeling more hopeful about the monarchs and is driven to create a space for the community to learn about monarch conservation.

Just as Janin once wondered about the origin of her passionate dedication to these butterflies, so, too, did her son. Recently, he asked, “So what’s with you and the monarchs?” To which she smartly replied,“Monarchs are the gateway to environmentalism.” For Janin and the Habitatz – Millions of Monarchs project, stepping through that gateway was the first step toward building a beautiful, expansive, and more hopeful future.