Dr. Camila Perussello’s New Book “Food for Thought” Offers Science-Based Advice on How We Can Do Better for Animals, Ourselves and Our Planet

A thought-provoking new book by Food Engineer Camila Perussello, PhD, Food for Thought: Planetary Healing Begins on Our Plate, presents a fascinating, science-based analysis of food production and consumption that illustrates how what we put on our plate has a direct connection to many of the critical issues facing our world today.  From climate change and zoonotic-origin pandemics to food insecurity, animal rights violations and the fight for justice and equality, Camila is working to educate all who will listen about the damaging effect of our broken food system and how people can make better choices for their lives and our planet.

“I’m a scientist and I believe in the power of education and awareness, so I knew I needed to convey information to a wider audience, people who wanted to hear what was happening behind animal agriculture and fisheries”, she said.

Even as a child growing up in Brazil, Camila saw the importance of caring for all life as she spent time rescuing dogs and cats from the streets. That sense of compassion and fierce determination would grow as she moved to Italy and Ireland, where she now resides, obtaining more knowledge and recognition as a food scientist. In 2020, tired of working in a job where scientists themselves would acknowledge the effects that food production was having on all areas of life and yet still consume meat and dairy products, Camila quit her job and began to explore what she could do with her skill set that would advance the Animal Liberation Movement. 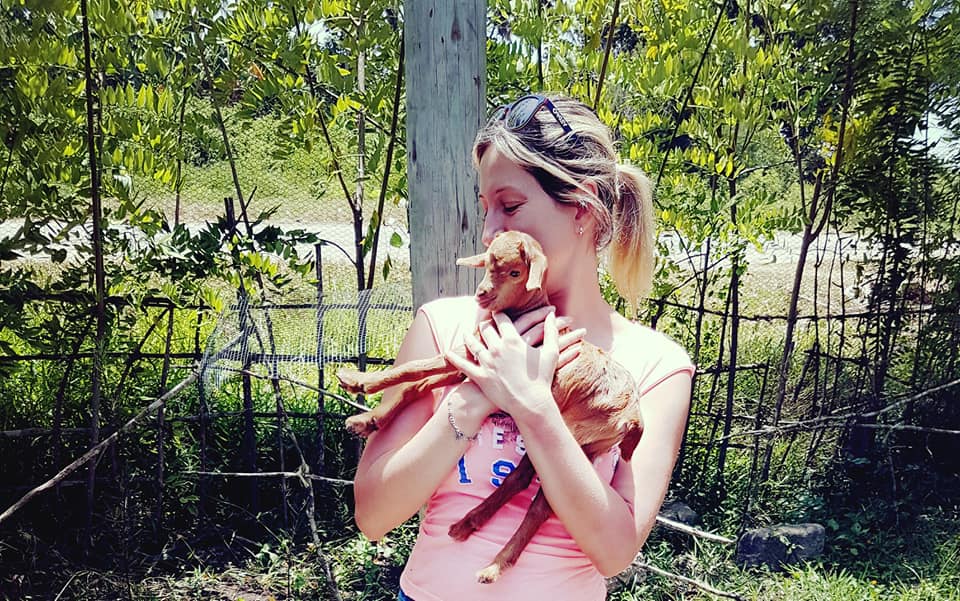 One of the ideas she had was to do outreach to Brazilian audiences to contribute to the Animal Liberation Movement in Brazil. Camila was looking to address the misconceptions the average person might have around animal rights and animal food production and sustainability with regard to animal products. Her dream was to create Youtube videos and Instagram posts that were packed with science-based information and when a friend told her about The Pollination Project, she reached out.

“I received funding and it was so helpful, so good and I was so grateful. I hired a designer for my brand (Gaia Vida Consciente) so my videos would look more professional and my posts would look more attractive. I was also able to hire a person to edit videos as I had zero editing skills and published many videos last year. It is not easy to reach people when you talk about justice. Animal products harm people in so many ways, yet they don’t always want to hear what you have to say. We must help them understand that everyone will benefit from animal liberation and a plant-based food system: overwhelming evidence points in this direction. When you subtract the political element, veganism is portrayed as a lifestyle choice sometimes made for selfish reasons like wanting to eat plant-based food to lose weight. But decisions made like that don’t stick. Veganism is a values based decision – when you make a decision on what you value, it lasts”, explained Camila.

Working to expand her reach, Camila decided to write a book and Lantern Press was thrilled to publish it in March 2022 in the US and Europe in April 2022. In addition, it will be published in Brazil in Portuguese later this year. Food for Thought follows one story while incorporating nearly 1,000 peer-reviewed studies that examine multiple aspects of food production, including the abusive reality behind animal agriculture and fisheries. Camila offers best practices for how to live vegan noting that it’s about more than what not to eat or following the latest trend. As she looks to advance the vegan cause through science, her hope is that she will educate other vegans and increase support for this social justice movement. In debunking commonly held myths, Camila pulls back the veil on the erroneous idea that animal welfare standards mean that animals live a happy life and die peacefully before arriving on someone’s plate. Animal welfare reforms do not change the commodification of animals, so we must strive for animal liberation instead, which is the philosophy of animal rights. For that purpose, she shines a light on the harsh reality that animal abuse is inherent in food production. When people are given knowledge, they have the ability to make informed choices to live compassionately and wisely. So often she notes that people prefer to stay in the dark but those who are serious about justice and their own health will benefit greatly from Camila’s educated message. 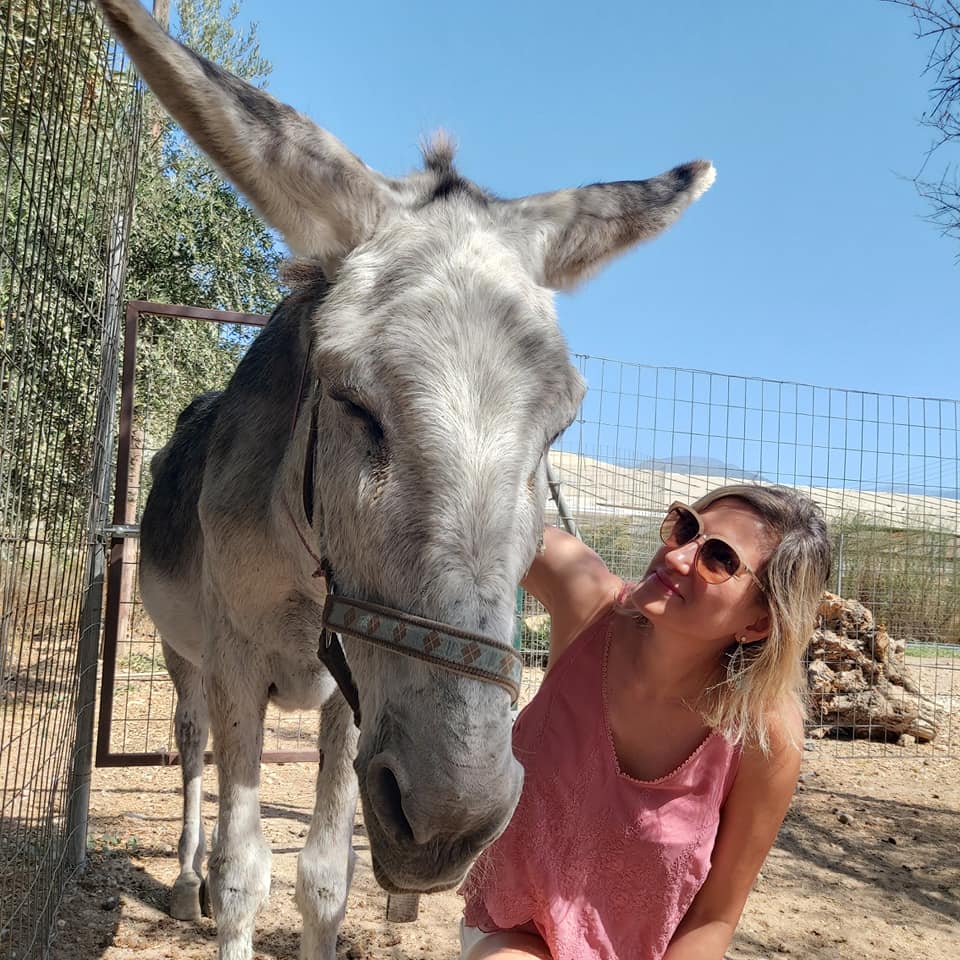 As she works to promote the book, Camila has one exceptionally important concern about something she’s noticing within the animal rights movement.

“The animal rights movement isn’t as unified as animal agriculture. I’ve started to notice that there is much vanity and ego in the movement. People don’t want to support other people’s work, they need to be the center of attention but if that’s the case, then we’re losing focus. It’s not about us, it’s about the animals”, Camila said.

An article that Camila read in the Irish Independent sparked insight into what needs to be done in the animal rights movement. The article stated that new regulations on carbon emissions are causing a conflict between the beef and dairy industries over the need to reduce the herd size. The beef industry is blaming the dairy sector because it’s expanding too fast meaning they have more animals whereas the dairy industry is blaming the beef because they receive more subsidies from the government. In the end, Camila knows that they will find a way to come together; they will cleverly unite and solve the problem internally because it will serve the best interest of both industries. However, in the animal rights movement, Camila sees a different story unfold. People have different opinions about the Animal Liberation Movement which causes a visible, public divide. There are those who focus on human-centered reasons for being vegan and thereby tip-toe around the subject of animal suffering for fear of alienating people and then there are those who share the science and the raw truth about animal suffering, focusing on the right of every sentient being to be free from needless exploitation.

“We are all grown ups here and people have to hear about it all but we have to start by having these discussions internally. We are all here and now is the time to unite for the animals. I wrote this book for the animals but I also wanted to share the science and help other vegans to speak more eloquently, especially to non-vegans, about animal rights. The more knowledge we have, the more eloquent we are, the more people we can reach”, Camila shared.

Using her skillset to help the most vulnerable beings, reading many disturbing reports, pouring over images that left a scar combined with all of her years of study has allowed Camila to create a unique book filled with science-backed knowledge and practical guidance that gives back to the animals and our planet and reminds us all to use our lives to do good.

Principio Animal is an organization based in Porto